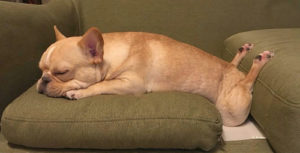 It’s no secret that dogs love to sleep. Anytime. Anywhere. Whether it’s after a long day at the dog park or an excessive amount of playing, dogs will often get so sleepy that they can’t even keep their eyes open.

However, not all dogs sleep curled up in a bed or lying on the floor. These dogs prove that! Here’s a collection of some of the funniest photos showing just how crazy dog’s sleep positions can be!

Nothing Says Comfort Like Sleeping On Your Back. On Hardwood. Talk About Sticking Your Next Out!

This little dog almost always sleeps like this! Her name is Paningning, and her family says that she seems to be most comfortable in this pose. She quickly became an internet star due to her adorable sleeping position. She even has her own Instagram page! 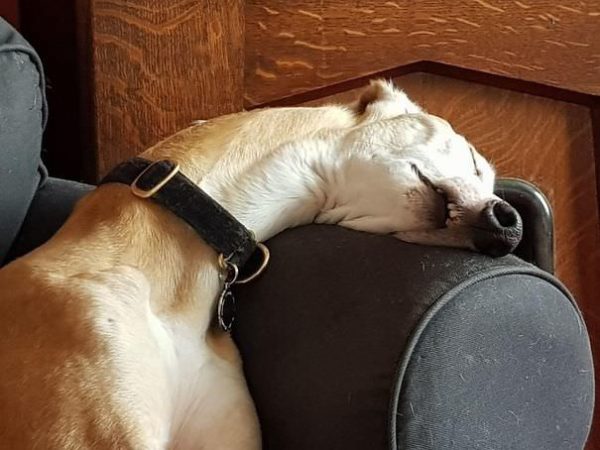 This Dog Has A Nose For Sleep

This dog enjoys resting his head down, regardless of where he is. Many dog lovers have even commented on how he looks very similar to Sid from Ice Age. 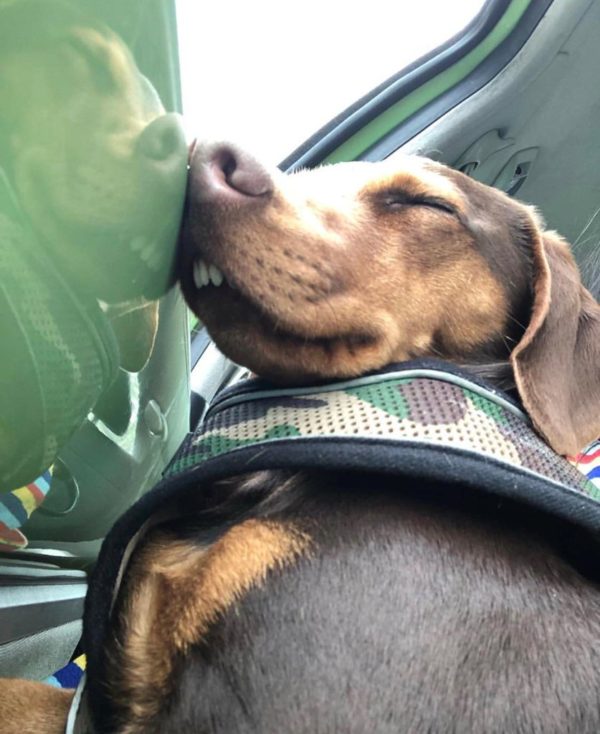 Are Those Chicken Legs?

This little guy is named Oz, and he has no problem sleeping, even if his face is squished against the wall. His teeth actually always stick out like this, giving him a permanent smile. You can check out more adorable and hilarious photos of him on his Instagram page. 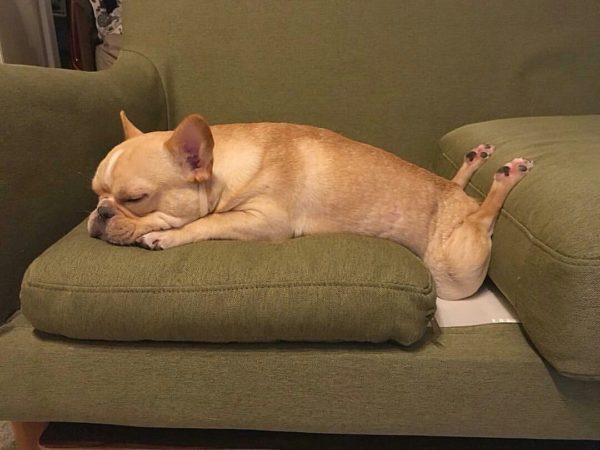 Little Protective Of The Food, Are We?

This dog felt it was comfortable to sleep with his legs sticking up. He almost appears as if he is trying to pose like a roast turkey. It is likely that he was just too tired to try and straighten his legs back out. 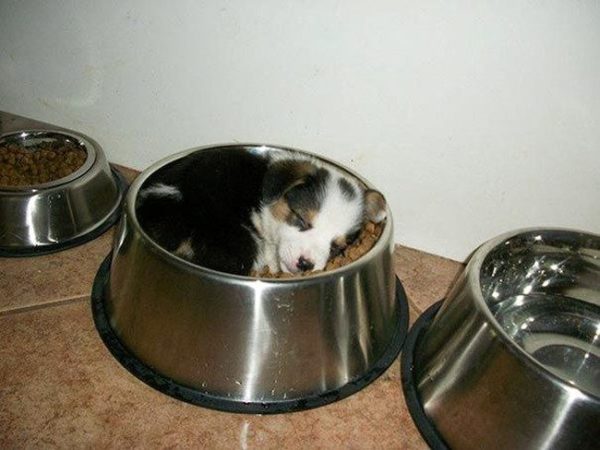 How Is It Even Possible?

This poor puppy was so sleepy that she fell asleep right in the middle of dinner time. Luckily, she’ll have plenty to eat once she wakes up. 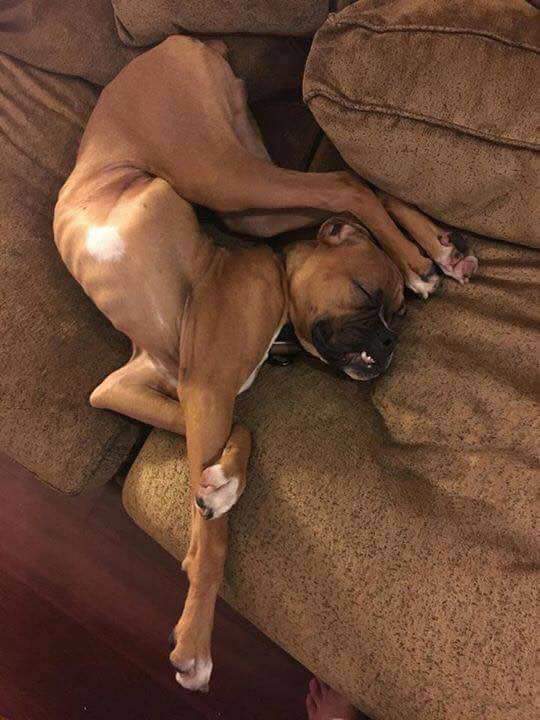 In No Condition To Drive!

It’s unclear how this dog actually ended up in the position, but he doesn’t seem to mind. However, he almost appears as if he was not assembled correctly. The Porcelain Throne Is For Sitting, Not Sleeping

After a long day at the dog park, every dog deserves a nap. In this dog’s case, he couldn’t even wait to get home before he started napping. 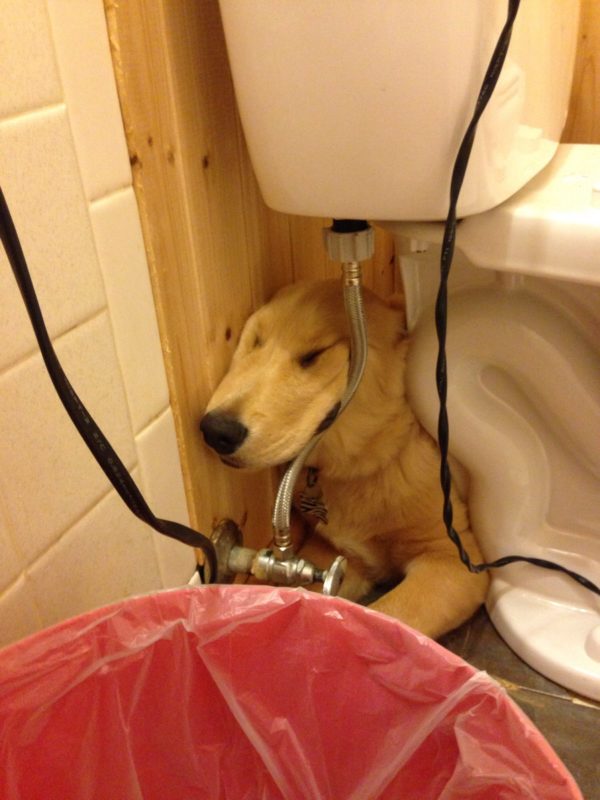 This Golden Retriever loves to sleep right next to the toilet. The pipe has a perfect head rest for her, so she seems very content. 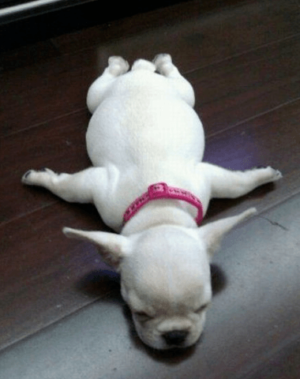 This pup was so tired that she had no choice but to sleep flat against the floor. Perhaps the floor was nice and cool during a hot summer day.

All dogs sleep in different positions, but as long as they’re comfortable, that’s all that matters. It’s okay to chuckle at some of the stranger sleeping positions though. Next time your dog is napping, pay attention to the interesting positions they sleep in. Maybe they could become an internet star too! Share pics of your pup sleeping in the comments – we love a good laugh.

The post You Won’t Believe The Bizarre Positions These Dogs Sleep In appeared first on iHeartDogs.com.

Canine Football Fan Charms The Internet With His Concentration