Sasha Hobson is a photographer that loves dogs. Every year, she goes all out with Halloween costumes for all of her dogs, and every year, she seems to have adopted even more furry friends. This year, she has seven dogs in her home, and she wanted to find the perfect costume that would suit all their personalities. At first, she thought of a Teenage Mutant Ninja Turtles theme, but then she came up with something even better.

Hobson’s seven dogs all have their unique personalities and stories. They range from a small Chihuahua to a large Labrador. They are all between ages 6 and 12 years old, and Hobson wanted to make sure they all had the perfect costume this year. So, that is when she came up with the idea for Snow White and the Seven Dwarves! 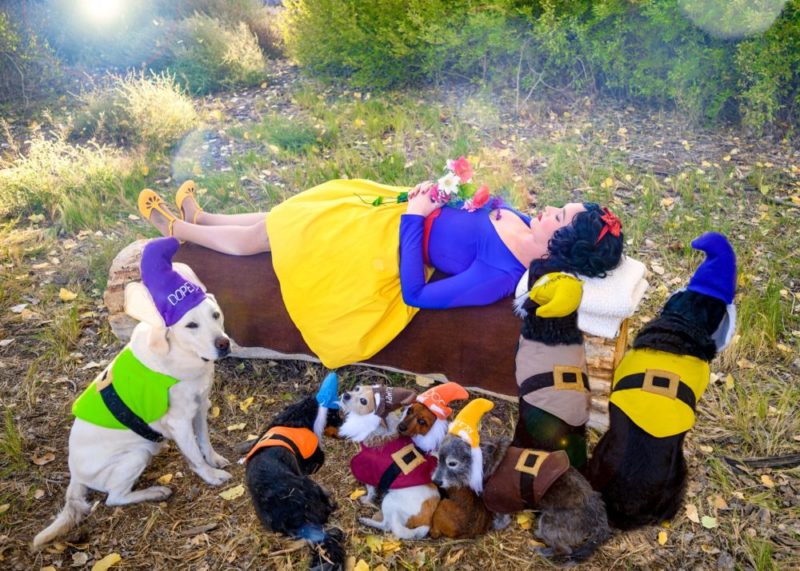 Since Hobson has made costumes for her dogs every year, they are used to being patient with these outfits. They know that they always get a treat, so they’ll happily sit still for measurements and even photos.

All the costumes this year were handmade. She combined different items to create Snow White’s dress, and she handmade all the dog costumes to ensure that they fit each dog perfectly. She also tried to dress them each up as a dwarf that was similar to their own personality. Her clumsy dog named Goddess Isis was Dopey. Haileigh Bug is the laziest of all the dogs, so she dressed up at Sleepy. Zoey, a dog who loves to wrestle and growl at the other dogs was Grumpy. The personality of the dwarves ended up fitting her dogs almost too perfectly.

“The hard part was just sewing everything and making sure it fit everyone,” Hobson said. “The dogs at this point are used to costume fittings. So, if treats are visible, they have no problem sitting still and letting us size everything just right.” 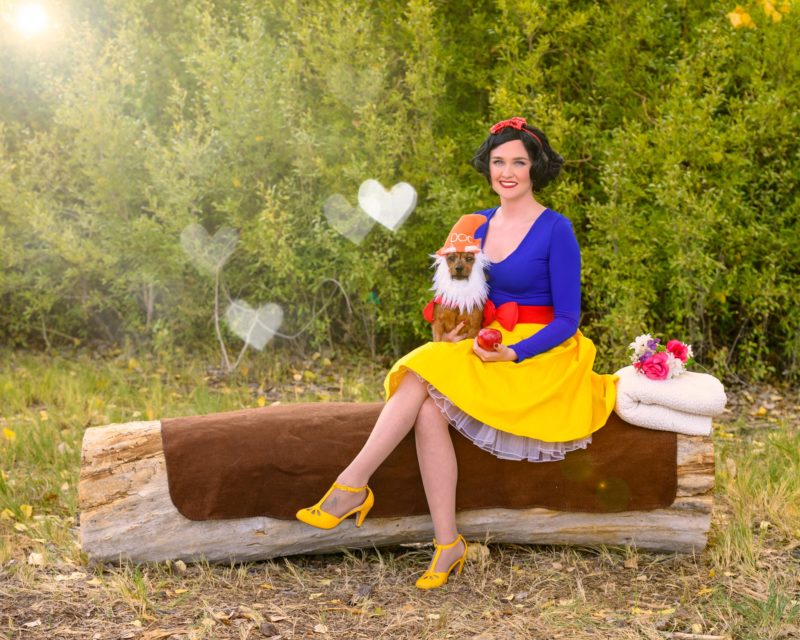 This is the first year that all seven dogs will be celebrating together, so Hobson is excited for them all to spend Halloween as a family. She has even taken adorable photoshoots of her with all the dogs. They are awfully photogenic when they know they’ll get treats.

“People think we are crazy for having seven dogs and who knows? Maybe they are right,” Hobson said. “But we love our time with them and wouldn’t trade it for anything.”

As fun as these costumes are, Hobson has no idea how she’ll top this costume next year. What could possibly be more adorable than seven dogs dressed as dwarves? 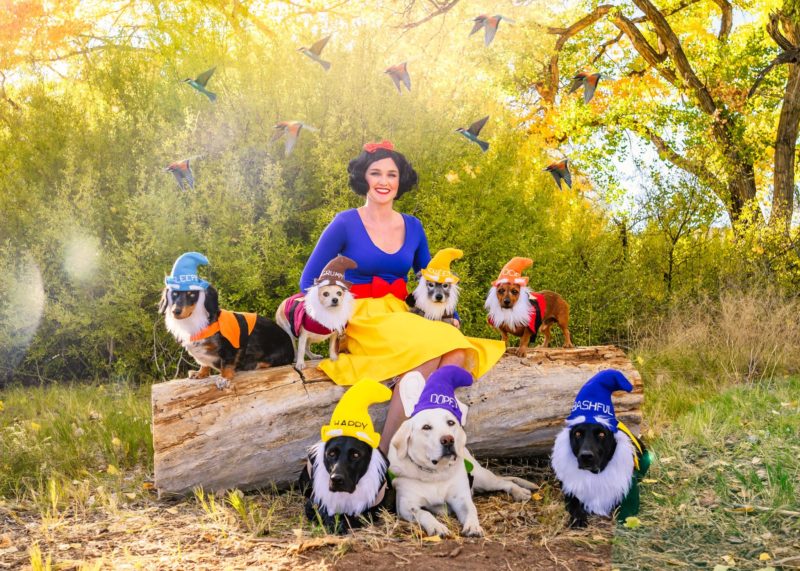 The post Woman And Her 7 Dogs Become Snow White And The 7 Dwarves For Halloween! appeared first on iHeartDogs.com.