In Henrico County, Virginia, a dog had fallen into a well. He was terrified to be stuck down there, but luckily help was on the way.

The well was dry and old, so it barely even looked like a well at first glance. It appeared to have been covered over at some point because there was soil, brick, and stone on top of it. So, it looked like just a hole in the ground. The poor dog appeared to be trapped about 20 feet below the surface.

Henrico County Fire Station 1 units received a call not long after the dog had been trapped. They were requested to assist Animal Protection with this dog’s rescue. Without hesitation, they came to the scene to help. 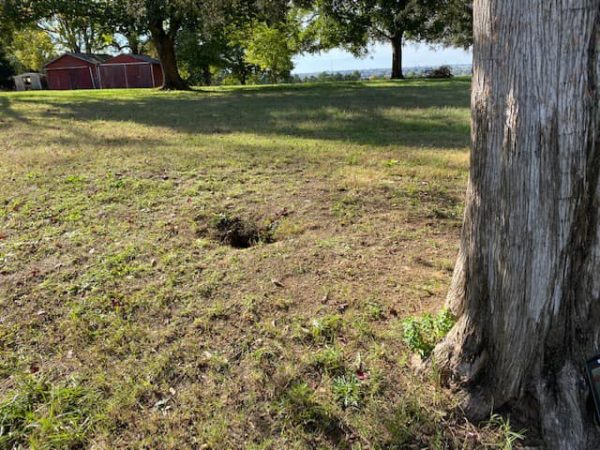 When the officials arrived at the scene, they noticed that the hole of the well was very small. They had to carefully enlarge the opening in order to fit in. While they did this, they had to use extreme caution to ensure that none of the debris fell down the 20-foot well. Any falling objects could potentially harm the dog, and of course, they did not want that to happen. 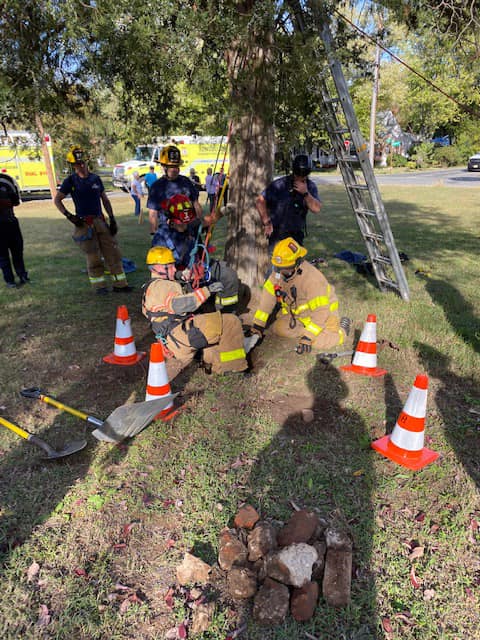 In order to get the dog out, they had to find a way to get someone safely down there with the dog. So, they set up an elevated point for the rope on the tree next to the well. Then, using the rope, they lowered the rescuer down into the well to save the dog.

The dog was small and calm, so when the rescuer reached the bottom of the well, he had no problem bringing him back up. With a few tweaks to the rope system, the other officials were able to successfully pull the man and the dog back up to safety. 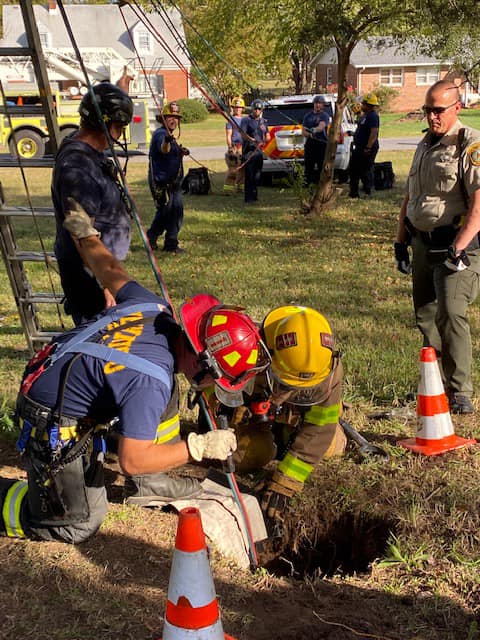 The Henrico County Fire Station 1 posted photos of the brave rescue on their Facebook. Each photo shows a different stage in the rescue process. In the last photo, they show the dog being reunited with his family once again. The dog appears to be healthy with no major injuries on his body.

Luckily, the fire station acted fast when they found out that there was a dog in danger. If they had not come to the rescue as soon as possible, things could have been bad for the poor dog. The officials that helped save him were very brave and they should be thanked for the courageous rescue that they completed. 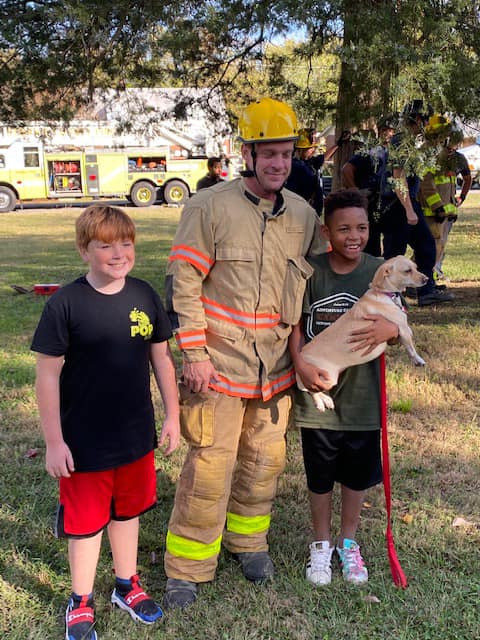 The post Virginia Firefighters Save Dog Stuck in a 20-Foot Well appeared first on iHeartDogs.com.