John Vincent is a Vietnam Marine Veteran in New Mexico. When Vincent was admitted into the Raymond G. Murphy VA Medical Center last week, he was not able to bring his 5-year-old Yorkie, Patch along with him. Sadly, Patch had to be put up for adoption because Vincent does not have any friends or family nearby that can take care of him. Vincent might not have much time left, so his one request was to see Patch one last time.

Vincent enlisted in the Marines for three years during Vietnam. He was born on a ranch where he was around dogs often, but he got Patch more recently, and he fell in love with the little dog right away. He even drove a Harley, and Patch would ride along with him while wearing his own little goggles. 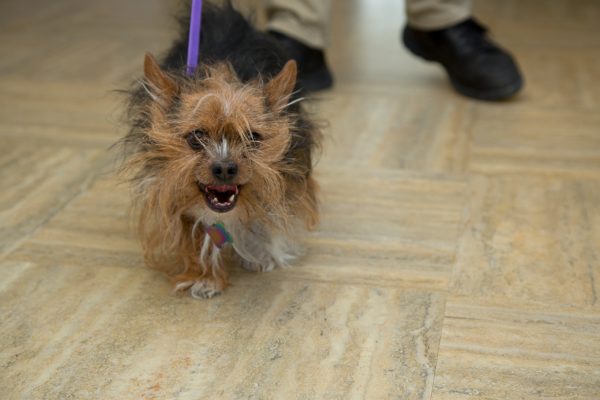 Patch got his name because of a little white patch in his fur. At the time, Vincent also had just a patch of hair on his chin. So, right away, Vincent felt connected to Patch and even called him and his dog “the patch brothers.”

Patch was taken to the Albuquerque Animal Welfare shelter right after Vincent was admitted to the hospice center. When Vincent made the request to be reunited with Patch one last time, there was no hesitation. Danny Nevares, the Animal Welfare director, said that they would do whatever they could to follow through with his request. 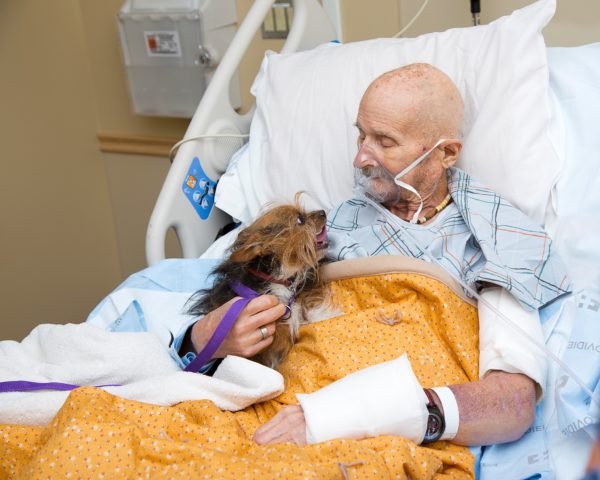 When Patch was brought to see Vincent, he was overjoyed to be with his dad again. Right away, he started licking Vincent’s face, and then he curled up on his lap. Vincent was so grateful to finally see his dog again.

Nevares said that during the car ride to the medical center, Patch was as quiet as can be. However, as soon as they neared the destination, the little dog began whimpering. It was almost as if he knew his dad was nearby. Suddenly, the anticipation was so exciting for the little dog. 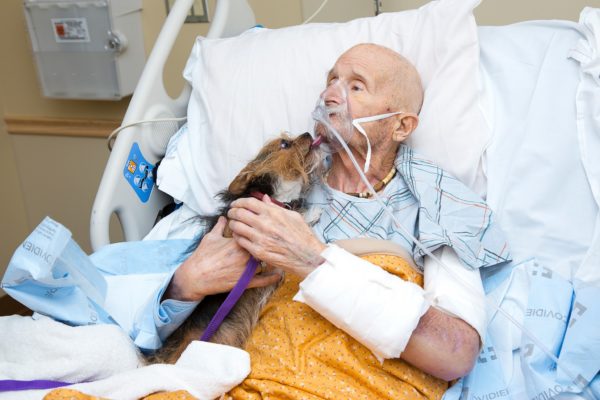 On the shelter’s Facebook, they posted photos of the heartwarming interactions between Vincent and Patch. Their story touched the hearts of many, so soon lots of people were interested in giving Patch a new home. He was adopted in no time!

“It was an honor to make this veteran’s final wish come true,” the Albuquerque Animal Welfare posted.

Even though this was Vincent and Patch’s final reunion, they will never forget about each other. Even though Patch will have a new family to care for him, Vincent will always hold a special place in Patch’s heart. He is a lucky dog to have lived with such a caring dad. 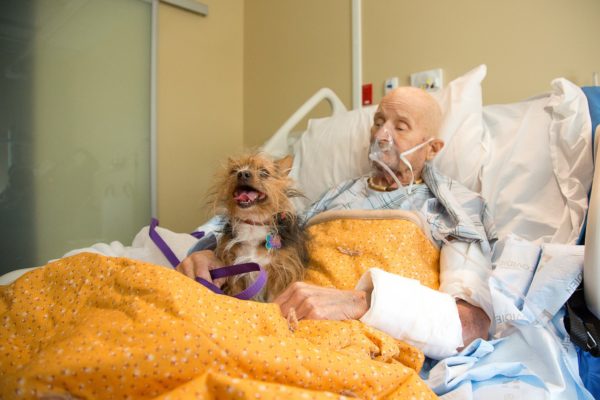 The post Vietnam Veteran In Hospice Care Is Reunited With His Dog One Last Time appeared first on iHeartDogs.com.