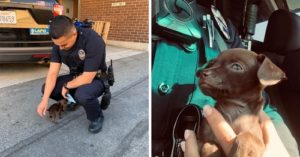 Officers Mercado and Tavera of the LAPD were patrolling the streets of Hollywood when they came across a teeny-tiny chocolate brown puppy in need of a new home.

They named him after the street where he was found, and together, Officers Mercado, Tavera, and honorary K-9 Hobart headed back to the station.

On the ride, little Hobart could not contain his adoration as he stared lovingly at his rescuers. 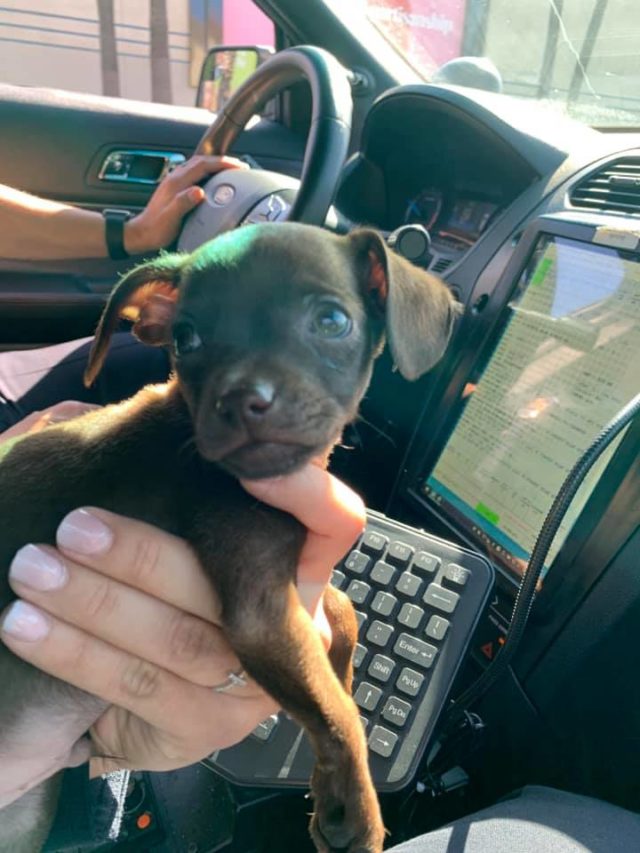 Hobart made himself right at home in the cruiser, happily riding along in Officer Tavera’s arms. 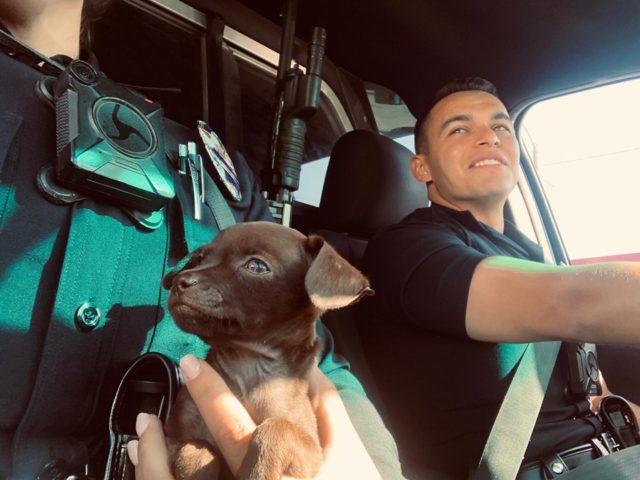 When they arrived at the station, he did his best to keep up with Officer Mercado. Look at those little legs go!

The kindhearted officers had a blast with their new pal, but the streets are no place for a sensitive soul like Hobart. He’s a lover, not a fighter! 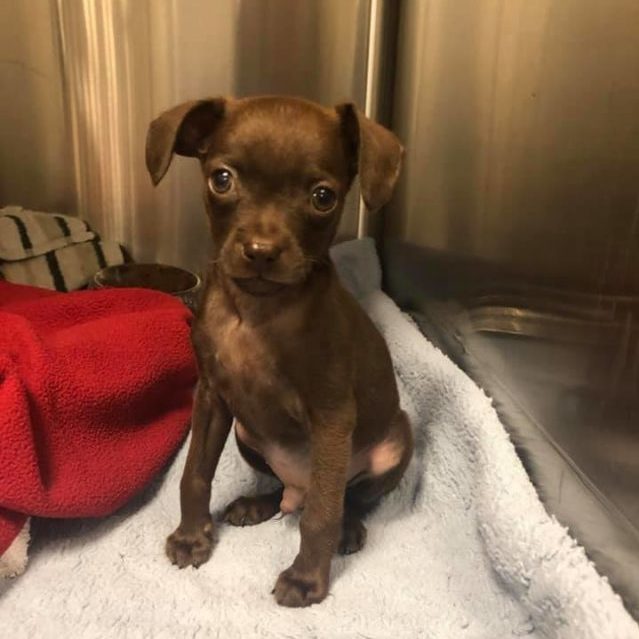 They contacted a local rescue group who agreed to welcome Hobart into their care. He will receive his vaccinations and any other veterinary care he may need before being placed for adoption. He may not have a career in law enforcement in his future, but sweet Hobart will never forget the heroic officers who saved him from life on the mean streets of Hollywood!

The post Tiny Rescue Puppy Idolizes The LAPD Officers Who Saved Him appeared first on iHeartDogs.com.