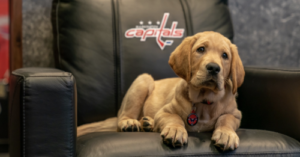 Captain is an adorable 10-week-old mix between a Labrador Retriever and a Golden Retriever. Not only is he a sweet and smart puppy, but he is also a service dog in training as well as the newest member of the Washington Capitals. He doesn’t necessarily play hockey along with the other team members, but he loves providing them support and cheering them on. The whole team is happy to have him by their side. Plus, Captain is learning so much during his adventures with the team. 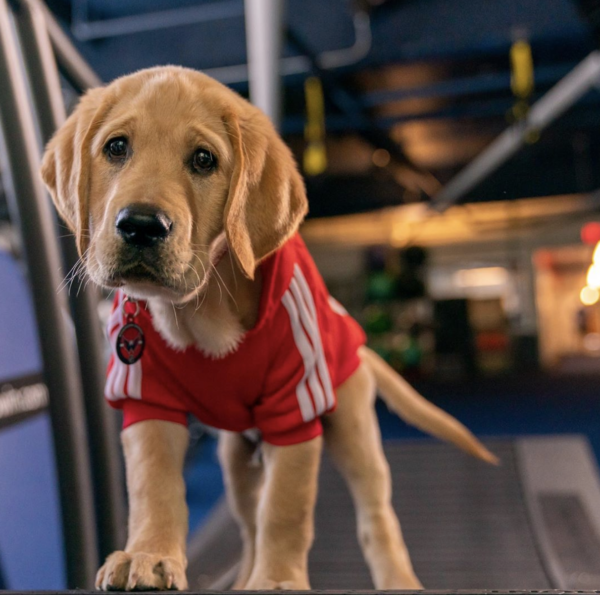 The Capitals have a partnership with America’s Vetdogs, which is how Captain entered the picture. America’s Vetdogs is a nonprofit organization in New York that trains puppies to become service dogs for first responders and disabled military veterans.

Captain will be staying with the Capitals for about a year and a half. While he trains to become a service dog, he will get to attend practices, go to games, and hang out in the team’s offices. After that, he will return to America’s Vetdogs headquarters to get some additional training before being matched with a veteran or first responder.

Making my debut with @ovi8 !!! pic.twitter.com/sIbmTzGPKE

Captain made his first debut during a parade, where captain Alex Ovechkin held him in his arms. While some puppies might be afraid of this constant attention, Captain seems overjoyed by all the publicity.

At first, Captain was called Oliver, but they later decided to name him after Ovechkin, the captain of the team.

“He hasn’t been afraid of anything so far,” said Erica Sandidge, who works in marketing for the Capitals. “On the red carpet today with all the cameras, he didn’t flinch. He was around loud noises. Nothing fazes him. He was at the rink this past week, and even with pucks hitting the glass, the sticks tapping, he just wags his tail and looks around.” 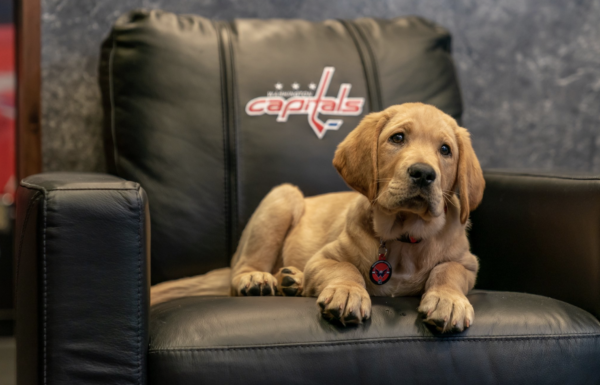 By now, the whole team has met Captain and they are all overjoyed to have him around. They’ve bonded with him in no time. He has proven to be a great hockey fan.

Also, Captain seems to learn new skills quickly, which is great considering that he will be a service dog in the future. 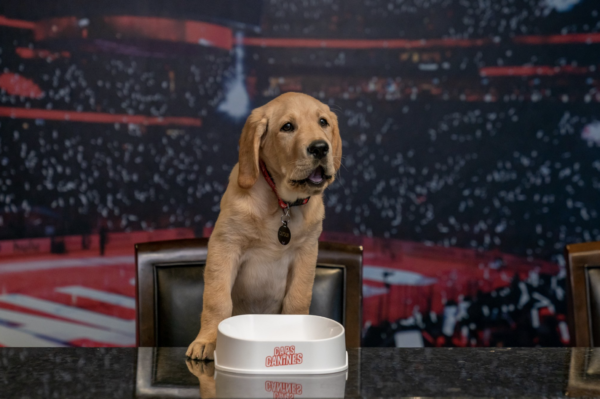 After only having him for a week, Captain is already responding to his name as well as to some basic commands. He knows how to sit, and if you hold your hand out to him, he’ll touch his nose to your hand. He is also well-behaved even when he’s not on a leash.

The Capitals will definitely miss Captain when he has to leave them behind to complete his training, but in the meantime, Captain will have a great time learning and socializing with them. For a young puppy, he has shown great progress so far. He will do a great job of helping people in the future.

I’m Captain the official pup of the @Capitals! Can I get a WOOF for the Coolest. Job. Ever? I love slick strolls on the ice, warm snuggles on the bench, and treats after a big win. It’s been ruff keeping this a secret, but I’m here now and can’t wait to play! pic.twitter.com/9zsQKSpcRE

The post The Capitals Have A New Puppy That Is Also A Service Dog In Training appeared first on iHeartDogs.com.