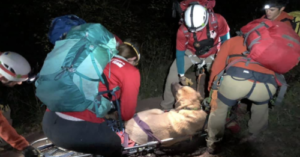 On October 14th, Salt Lake County Sheriff’s Search and Rescue team was called in to save a hiker and his dog on the Grandeur Peak trail in Utah. The two were spotted on the trail and they appeared as if they were unable to move. Several hikers saw them and made a phone call, so the search and rescue team had to get there as soon as possible. However, the only complication was that the dog happened to be a 190-pound Mastiff!

The Mastiff is named Floyd and he is about 3 years old. It was unclear exactly what had happened to Floyd and his dad on that trail, but all that mattered was that they were unable to move. 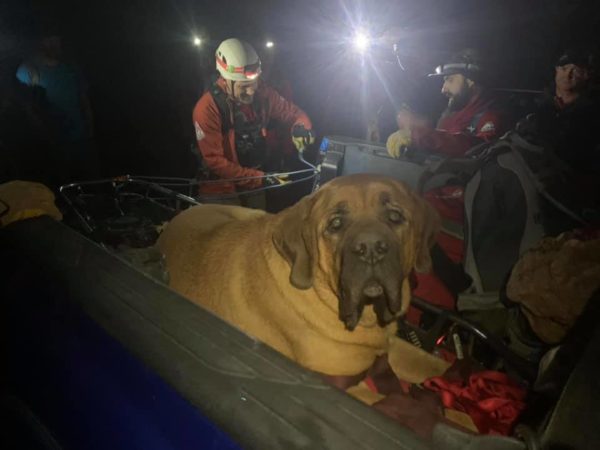 It was about 6:30 pm when the team received the first call about the emergency. They headed out to save Floyd and his dad right away. However, they had not expected to come across such a large dog.

Since they could not lift Floyd on his own, they had to secure him in a litter and carry him down the mountain. Luckily he was very cooperative throughout the whole process. Salt Lake County Sheriff’s Search and Rescue even posted a video on Facebook of Floyd being carried to safety. 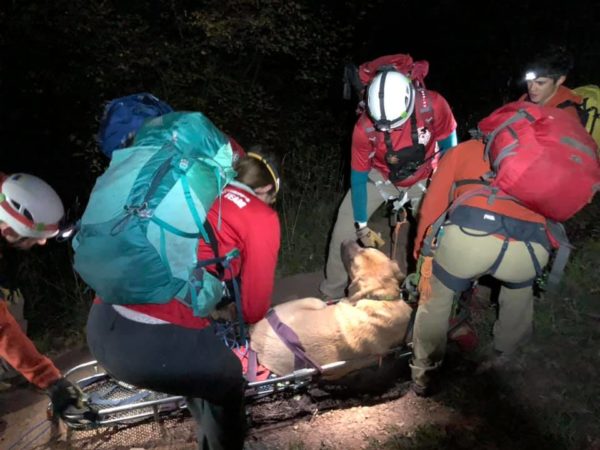 “Floyd was a good boy and was happy to be assisted,” posted Salt Lake County Sheriff’s Search and Rescue. “Hopefully, Floyd will be up and hiking again soon!”

Floyd and his dad were taken off the mountain at around 10 pm that night. They still have some healing to do, but thanks to the search and rescue team, they are now safe and in good hands. If they hadn’t been found on that trail, things could have been a lot worse for them. 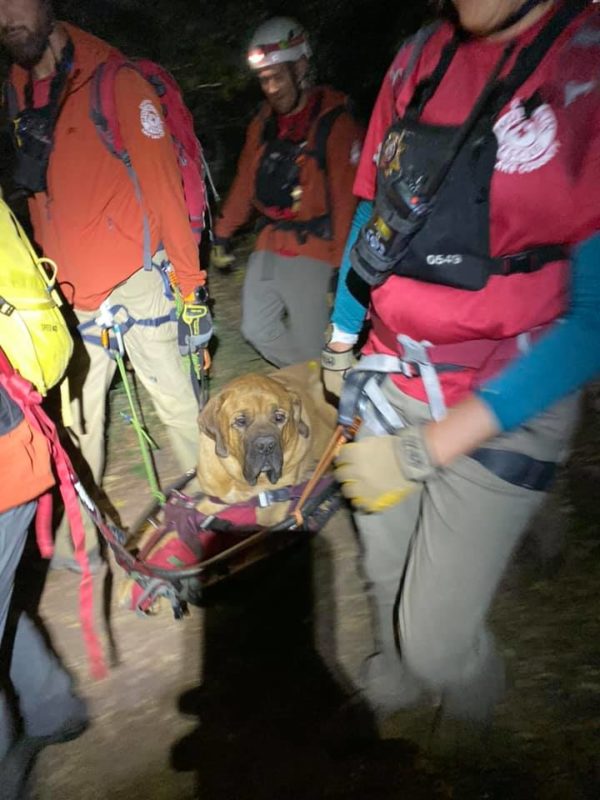 Supporting the Search and Rescue Team

The Salt Lake County Sheriff’s Search and Rescue is an all-volunteer team. Therefore, they are very kind individuals that took the time to save Flynn and his dad. They didn’t have to go out of this way to save such a large dog, but they did it without hesitation. They should be continuously honored and thanked for all the amazing work they do.

Donations to this team are always greatly appreciated, so if you’d like to help, you can visit saltlakesearchandrescue.org. Even though the members are volunteers, they complete about 100 rescues each year. Each rescue costs about $12,000 dollars, so any donations help! They need money for training, supplies, and equipment.

Our patient Floyd tonight being carried down Grandeur Peak.