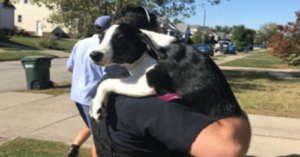 Kiara Roldan and her sons Angel, 4, and Avian, 1, share their home with an adorable Doberman Hound Mix puppy named Apollo. As with all puppies, Apollo is curious, playful, and willing to do just about anything for the chance at getting some food. They say that curiosity killed the cat, but in Apollo’s case, he’s lucky it didn’t seriously hurt him. 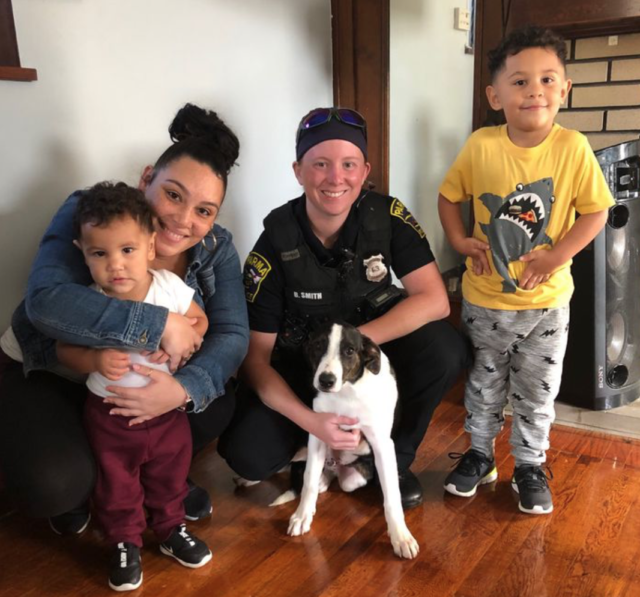 Angel attends preschool near the family’s home on Bradley Avenue in Parma, Ohio. Kiara and one year old Avian left Apollo at home to go pick up Angel from school. Apollo must have been busted sneaking food before because they always put up a gate at the kitchen door to keep Apollo and his sassy snack grabbing self out whenever they leave. Unbeknownst to Kiara, Apollo had no problem scaling that gate and had some snack plans in her absence.

Kiara had cooked rice on the stove the night before and the pan was left there, waiting to be cleaned up. As soon as Kiara and Avian left, Apollo made his move. With his humans gone, he had designs on that leftover rice. Police and the family speculate that Apollo jumped onto the stove in search of his prize, inadvertently clicking the burner on in the process. It didn’t take long for the pan to heat up and begin burning the food, sending plumes of smoke throughout the house. 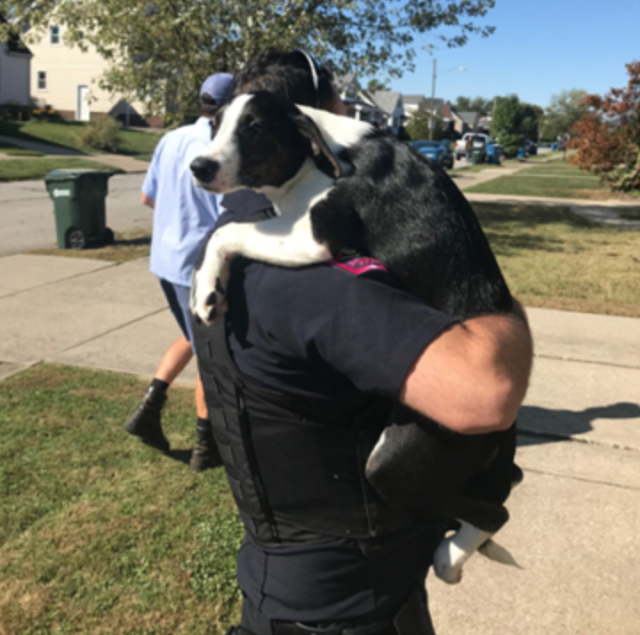 The mail carrier happened to hear the smoke alarms, noticed smoke forming in the living room, and called 911. Police and the fire department were dispatched, with Officer Breanna Smith being first on the scene. Officer Smith told Cleveland.com,

“When we got there, the front door was actually unlocked, so we went into the home without forced entry. The stove was lit and there was a pan with burnt food in it. That’s when I saw Apollo under the living room table kind of cowering. I took him outside and calmed him down. It was a good feeling to know that the dog was safe and the property wasn’t damaged.” Kiara arrived home about 5 minutes later with her young boys. They were surprised to see all the commotion outside of their home and ran to see what was the matter. After hearing the story, she was a little shaken but was, of course, relieved that the Parma Police Department were able to save their puppy and property.

As for the mischievous puppy Apollo, he seemed a bit shaken up himself. As he clutched the officer, his face told the story. He certainly didn’t mean for that to happen and had no idea that sneaking a snack could make so much noise and that awful smelling smoke! Lesson learned? We hope!

The post Sassy Puppy Saved After Firing Up a Stove While Stealing A Snack appeared first on iHeartDogs.com.