On October 10th, workers attending to a service vehicle in the loading tunnel of a landfill noticed something moving in the trash. When they got closer, they were appalled at what they saw.

It was an injured dog, buried alive in garbage. They dug through the trash and pulled him out, but he was clearly very hurt and couldn’t stand.

Later, Animal Care And Control came for the dog and eventually handed him off to a local rescue organization called Home Fur Good. The rescue named him Oscar.

“I can’t imagine he would have lasted much longer. The vet told me today that some of his injuries look like they’ve been about a week old, so he could have been at that landfill for many days before they found him.”

The rescue isn’t exactly sure how Oscar got his injuries, but they believe someone left him there to die. It’s possible that someone put him in a dumpster and he was then taken to the landfill.

The best of humanity did show up for Oscar too though. People from all over who heard his story pitched in donations to cover his medical costs. Others reached out with positive messages of love and hope. 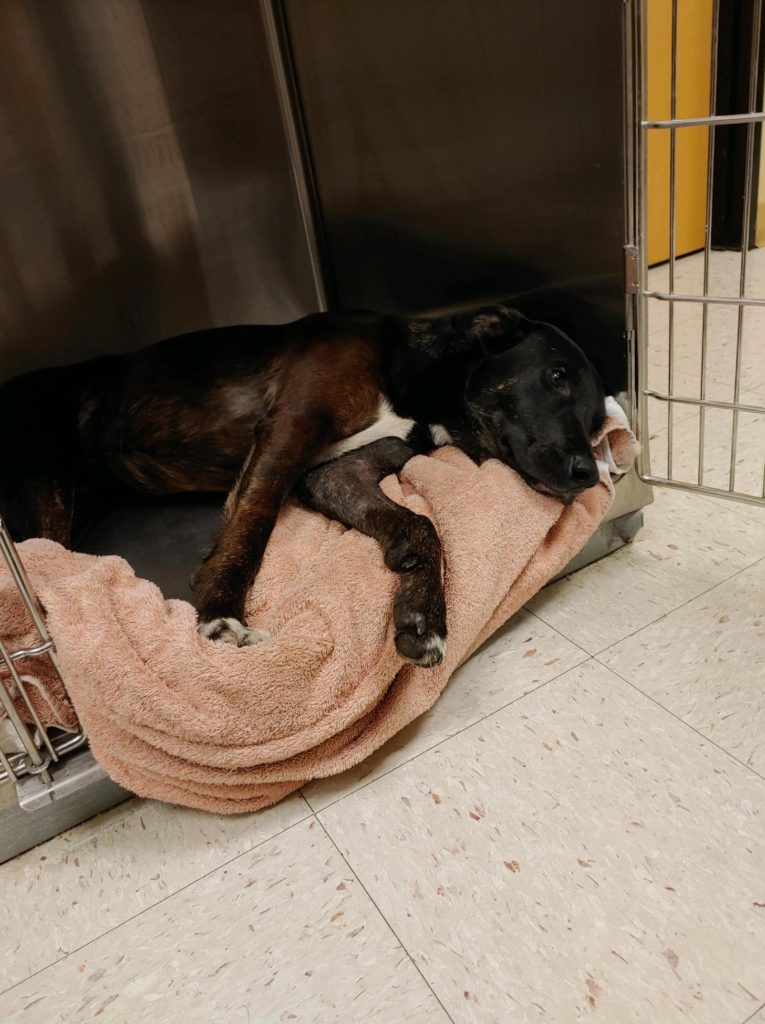 On Monday October 21st, the rescue shared a Facebook update about the “amazingly resilient” Oscar’s condition. He underwent the initial emergency surgery to repair his broken leg and pelvis and was released into medical boarding. He’s currently under the watchful eye of a vet.

“Because of the injuries in the front and back, he has not yet been able to walk. However, in just the last day, he has been trying to stand, which means the injuries are HEALING! What a true survivor. He’s still the sweetest thing, wanting love from any human.” Home Fur Good also shared that as soon as Oscar is able to stand on his own he has a foster family ready for him while he continues to heal. And he really wants to walk again, according the shelter.

“He’s pretty active…wants to walk… and LOVES treats! His recovery is going really well but he still has a few hurdles to overcome.”

While Oscar continues fighting, he’s lucky to have a community rally around him and volunteers eager to see him on all four legs again!

“All of your thoughts, positive vibes and prayers are working! Oscar is beyond amazing…and so is the wonderful community that saved him!”

You too can be a member of Oscar’s amazing support system by donating here.

Even though this story started out with garbage, it ends with a note of positivity.