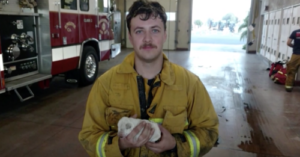 During a fire in California a few days ago, a firefighter named Paul Alvardo heard the cries of a puppy. He couldn’t see any animals near him, but the sound seemed to be coming from a nearby bush that was on fire. So, he sprang to the rescue and found a tiny puppy trapped under the burning bush. Luckily, thanks to his bravery, he was able to bring the young pup to safety.

The puppy had a solid white coat and he was extremely small. He probably wasn’t even a week old at the time because his eyes hadn’t even opened yet. He had burns on one of his hind legs and singes near his mouth. Pet Matchmaker Rescue came to help the puppy as soon as they heard about the situation. They took care of him while they waited for the vet’s office to open. They ended up naming the puppy Fuego.

The staff at Pet Matchmaker thought that Fuego’s mom was able to get her other puppies out safely, but she couldn’t reach Fuego because he was under the burning bush. Therefore, she probably had no choice but to leave him behind.

Now that Fuego is safe from the fire, the rescue promises to keep him safe and healthy. He even bonded with a litter of puppies that had recently arrived at the rescue. The puppies are about the same age as Fuego, but they are at the rescue because their mother was trying to kill them. So, the rescue had to get a bottle feeder to help feed those puppies along with their new adoptive sibling, Fuego. 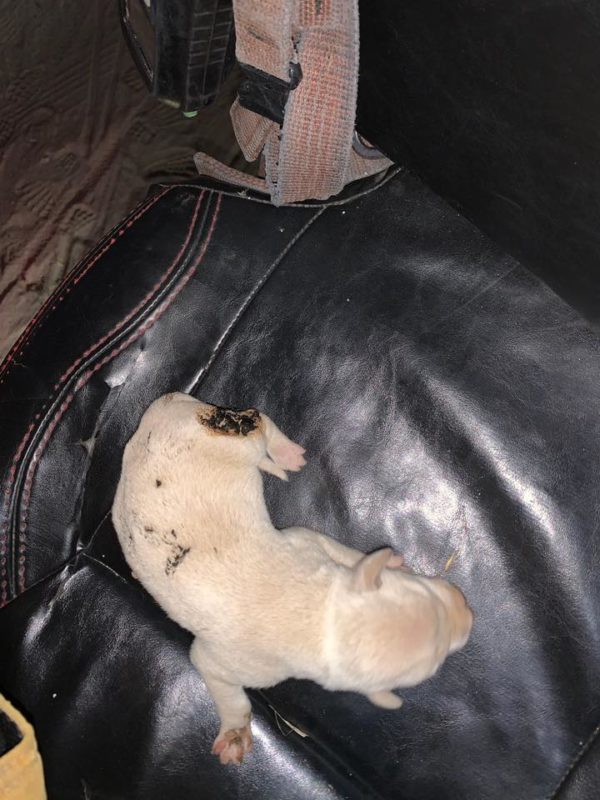 All the puppies in the litter have a darker coat color because their mom was a Doberman. The rescue is unsure what breed the father was, but they’ll have a better guess once the pups grow older. Even though these puppies looked different than him, Fuego had no problem getting along with them and treating them like his own siblings.

Fuego is happy and healthy with his new foster mom. The rescue thinks he might be a Pyrenees mix because he eats a lot! The rescue posts updates of him on Facebook, and one of the recent photos is a closeup of him with an adorable milk mustache.

Despite everything, the adorable puppy seems to be doing just fine now. He will spend at least two months with a foster home while he recovers and grows up. Then, he’ll be available for adoption.

Fuego is lucky that Alvardo found him during the fire. This amazing firefighter saved a sweet puppy’s life. The life of every dog matters, no matter how small, so it is great to see that there are so many caring individuals like Alvardo out there. 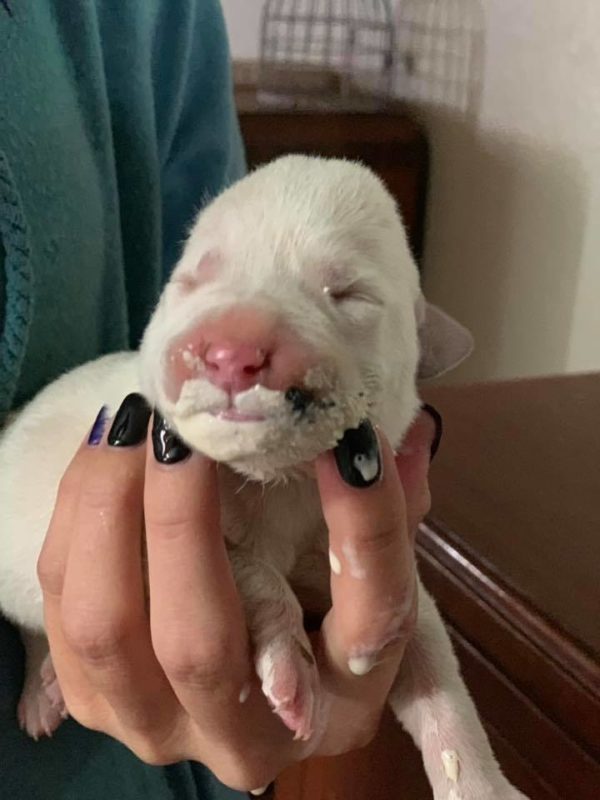