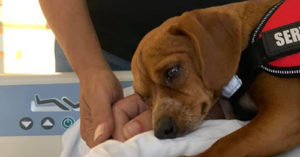 Benny, an adorable dachshund mix was found roaming the devastated streets after Hurricane Harvey. Rescuers brought him to Washington with several other found pups, where he then waited for the perfect family to call his own. His sad eyes caught the attention of the Ballenger family, and just like that he found his forever home.

Scott Ballenger and Benny were inseparable from the start. From the second he stepped into their home, he clung to his new dad with every step he took. Ballenger took Benny everywhere with him, and treated him like the special pup that he was. Benny was so grateful for the unconditional love he had found with his new best friend, and made sure to show his everlasting loyalty in every way he could. 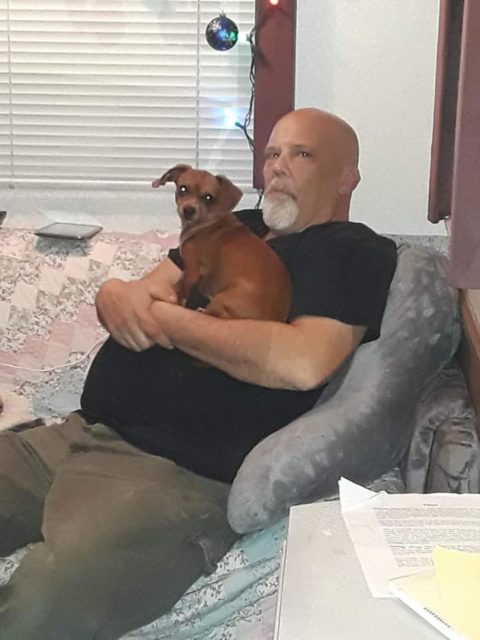 “Benny was unsure of men and we don’t know his background, but he loved my dad and heard his car coming even before Benny’s mom did after work,”  – Alexis Nazarino, Ballenger’s daughter.

On August 29th, the Ballenger family’s world was turned upside down. Scott Ballenger was admitted to the hospital with a serious illness, and was soon in critical condition. Along with Scott’s devastated family, was his sidekick; Benny. Once the family knew they were facing the time to say goodbye, they knew they had to give Benny that same privilege.

Benny sniffed his dad’s frail body, confused as to why he wasn’t sitting up as usual, holding him in his arms. As the day went on, Benny seemed to understand that his beloved friend was fading away. He knew he had to stay by his side. 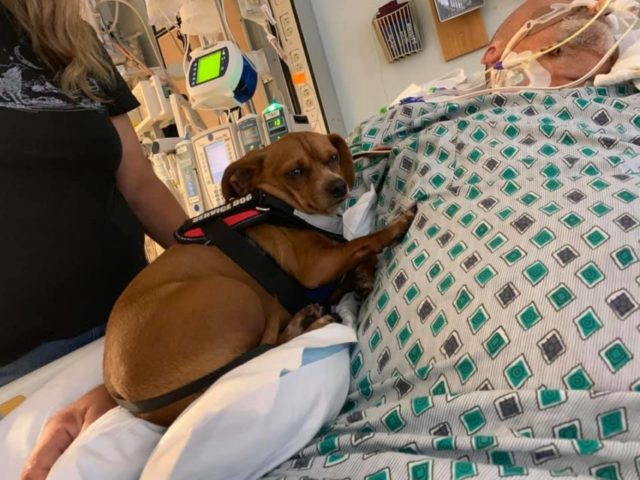 Benny spent the rest of the day snuggled up as closely to his dad as he could be. He was so dedicated to staying by his ill dad’s side, that he refused to leave. It’s as if he knew that Ballenger needed him there to comfort him through what came next. Just 24 hours after he was admitted, Scott Ballenger passed away.  Benny clung to his dad’s arm until the very end. 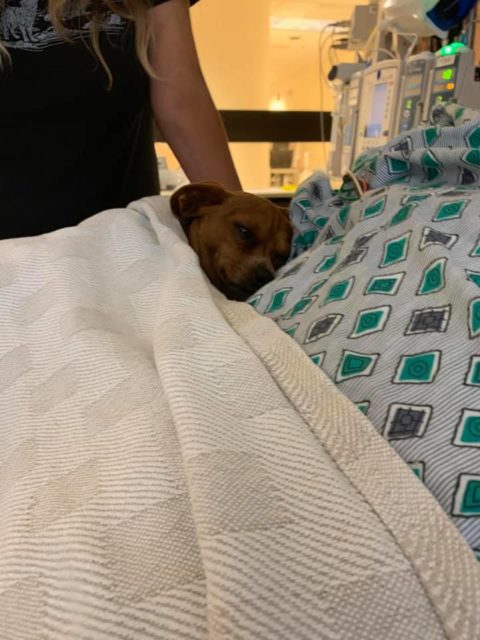 Benny has taken his dad’s death pretty hard. He often roams the house aimlessly, whining and searching for his best friend. They had a bond like no other, and Benny is undoubtedly heart broken.

Scott Ballenger’s girlfriend and his daughter have made it their mission to comfort Benny, and give him as much support as they can. This is a difficult time for everyone in the family, and they know they have to stick together in order to get through it. 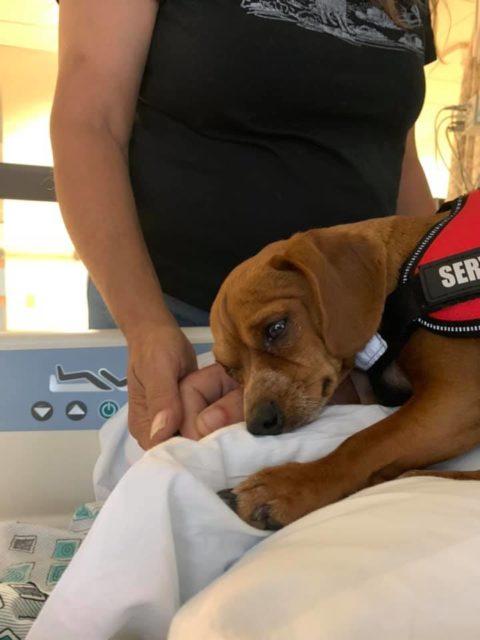 Benny is the most loyal pup that anyone could ask for. We are sending him and his family all of our love during this tough time!

The post Loyal Dog Lays By His Sick Owner’s Side Until The Very End appeared first on iHeartDogs.com.