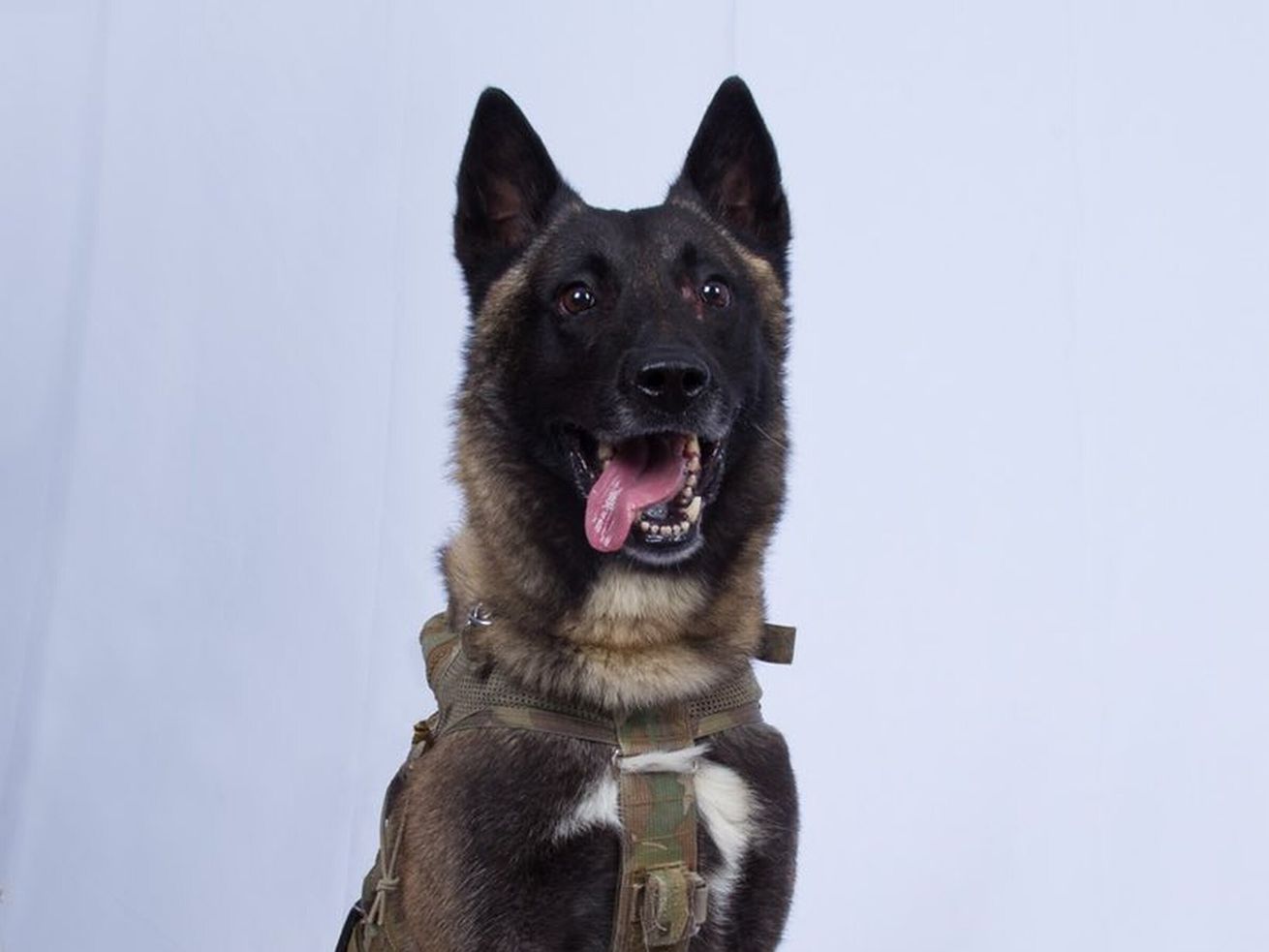 One of the most discussed details of the US military raid to kill ISIS leader Abu Bakr al-Baghdadi is that a dog — yes, a dog — played a vital part in the whole operation.

As the notorious terrorist tried to escape capture by fleeing into underground tunnels, a trained military canine followed to keep tabs on him. It allowed US forces to close in on Baghdadi, leading him to explode the vest he was wearing, killing himself and three children he had with him.

President Donald Trump praised the animal in his remarks announcing the operation’s success on Sunday, saying “the dog was so great.” The president did note that the dog sustained injuries during the mission, but Army Gen. Mark Miller, chair of the Joint Chiefs of Staff, said the canine is recovering and is already back to work.

In a nod to the high interest in the dog, Trump declassified a photo of the Belgian Malinois on Monday afternoon.

We have declassified a picture of the wonderful dog (name not declassified) that did such a GREAT JOB in capturing and killing the Leader of ISIS, Abu Bakr al-Baghdadi! pic.twitter.com/PDMx9nZWvw

There are two things worth noting about this tweet, other than it being super sweet.

First, the dog’s name is still classified, though Newsweek’s James LaPorta reports that its name is Conan. It remains unclear why the US government or the president can’t reveal the dog’s name. When I asked experts what reason there would be to keep the name a secret, all said they had no idea.

A US defense official I spoke to, though, offered this rationale: “Disclosing the dog’s name potentially discloses the unit. Given both are still in theater, it puts the entire team at risk.”

Second, Trump says the dog was instrumental “in capturing and killing” Baghdadi. That’s not quite true: the US never captured the terror leader, and he killed himself — though he did so as the dog and American commandos were in close pursuit.

Still, it’s a nice nod to the canine that did an important job hunting down one of the world’s most wanted people. But it’s not so surprising, since dogs have played an important part in American warfare for decades.

“They’re the first line of defense”

Ron Aiello, the president of the United States War Dogs Association, served with dogs during the Vietnam War. He told me that tens of thousands of canines have served alongside their human handlers since World War II.

They play an important role in helping to keep US troops alive, he said. The dogs are trained for many things, including sniffing out improvised explosive devices (IEDs), snipers in trees, or enemies hiding behind bushes before an ambush. The dog and the handler, then, typically lead out in front of troops to ensure they don’t walk into danger.

“To me, they’re the first line of defense,” said Aiello.

In the Baghdadi raid, it’s therefore possible that the dog went into the tunnel not only to track the terrorist, but also to ensure that the following troops weren’t running into a trap. If the dog found an IED, Aiello noted, then the dog is trained to sit down near it so it can be avoided and perhaps dismantled.

After a military dog serves the usual six to eight years in the military, they are then put up for adoption. The government, however, won’t pay for any expenses related to the dog once it’s no longer in service. That’s why organizations like Aiello’s exist to fund medical care and even wheelchairs, if needed. Aiello’s organization just began a program to train military dogs to become companions of veterans with post-traumatic stress disorder, he told me.

When I asked Aiello why he’s spent decades caring about military dogs, he noted that the great relationship with the canine companion he served with in Vietnam and how he intimately understands their vital role in helping the US carry out massive operations like the Baghdadi raid.

“They’re such a great asset to our military today,” he said.

ISIS has lost its leader, but that doesn’t mean the world is any safer.

Looking for a quick way to keep up with the never-ending news cycle? Host Sean Rameswaram will guide you through the most important stories at the end of each day.

Subscribe on Apple Podcasts, Spotify, Overcast, or wherever you listen to podcasts.