Few things have the ability to bring as much joy into a human life as a dog. We forge life-long bonds, we make long-lasting memories. We let our dogs fill the spaces in our hearts that would otherwise remain empty. And we do all this knowing that we’ll have to say goodbye to them in just a few short years.

Dogs bring us so much joy and at the end we endure  overwhelming sadness. But the lifetime of love and loyal friendship has always been worth the heartbreak that comes when it’s time to part ways.

Photographer Ross Taylor’s “Last Moments” photo series captures the final precious minutes families spend with their beloved pets before facing the end, and the quiet moments after they have departed. The intense emotion shared between human and dog in these photos is enough to break any heart. 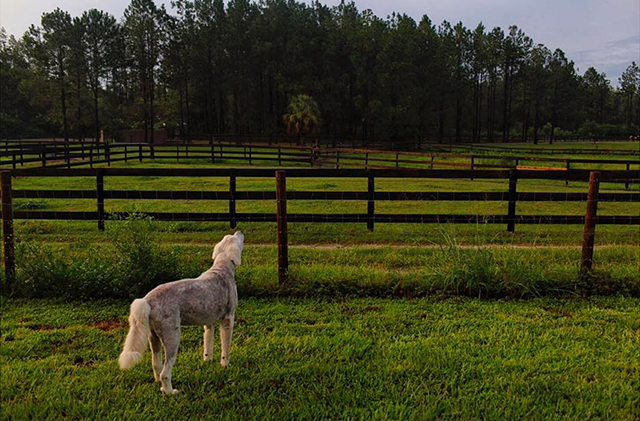 It was heartbreaking watching as Asia performed its last duty, barking along the farm’s perimeter, alerting it’s owners of nearby animals. It’s body spent, it managed enough energy for one more patrol by the fence. Soon afterwards, it laid down in a nearby shed to cool off from the summer heat, exhausted from a body that was rapidly failing it.
— Photo: Ross Taylor

Notice: Some of the photos below will show pets who have already passed. These photos were taken respectfully, with the permission of the families involved. Some may feel uncomfortable, or that the photos are controversial.

Dr. Dani McVety offers at-home pet euthanasia services for families who want to spend their last moments with their pets in the comfort of their own homes. Different people have different reasons for choosing this option, but many feel that their pet will be calmer in a familiar setting surrounded by those who love them.

Taylor reached out to Dr. McVety, explaining the idea for this photo series, and she agreed to allow him to accompany her to homes where families felt comfortable having their experiences photographed.

“I reached out to a number of organizations while exploring this topic and one – Lap of Love, responded immediately. I can’t thank Paula Ford enough for responding to that email. Her kindness opened the connection with the founder, Dr.Dani McVety. I’m also profoundly thankful to Dani for her trust while documenting these sacred spaces. She is one of the most impressive people I have ever met.” 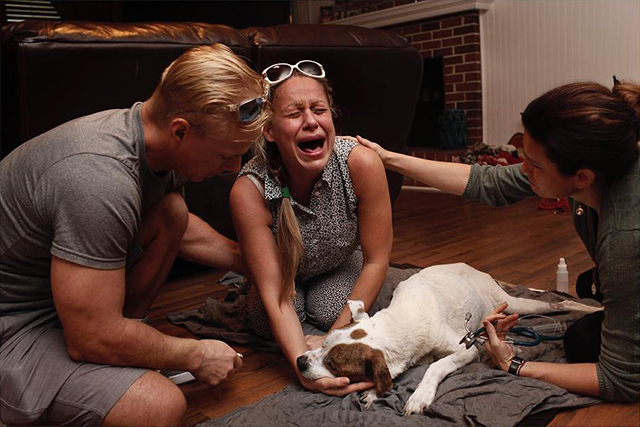 Olesya Lykovi cries out in anguish, moments after the death of her dog, Sam. Moments before, she looked at Dr. Dani McVety, at right and asked, “Is he gone?” Dani nodded and said, “He has his wings now.”
— Photo: Ross Taylor

“‘Last Moments,’ is a photo essay that explores the intimacy of the human-animal bond – specifically, the last moments before, and after, the passing of a pet at home with their owner. It is a somber, and intense, testimony to the bond and the pain that comes when it is broken.” 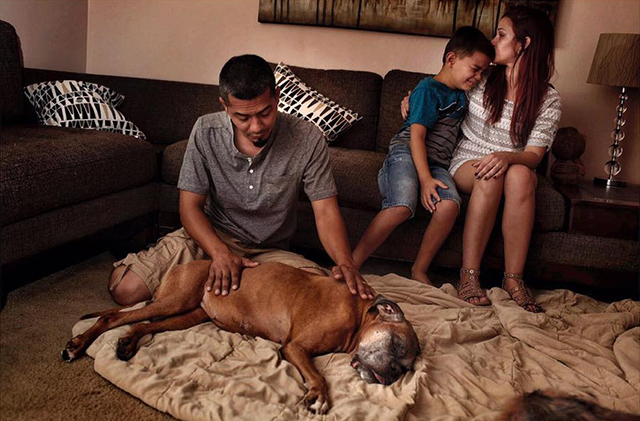 “I recognize this topic carries a lot of emotional weight. I have an immense amount of respect for those who are going through this. It’s one of the most intense moments I’ve ever witnessed.” “I tried to do more, I tried to do all I can. But they said there’s nothing more I can do,” Kiara Manrique said while weeping at the loss of her dog. At left is her sister, Kimberly, and veterinarian Nil Wilkins (unseen) who later reached out to comfort her. — Photo: Ross Taylor

“The human animal-bond is one that shouldn’t be overlooked – when someone says they’re going through the loss of a pet, I now more fervently understand just how devastating that can be.” In one of the most intense moments I’ve ever witnessed, Wendy Lehr cuddled beside her dog, Mimosa, shortly after she passed. The muffled sounds of her cries filled the empty room as she nuzzled against her face. In the wake of a following silence, she cried out. “Oh my baby, oh my baby. What am going to do without you?” My heart broke. — Photo: Ross Taylor

“It’s also important for people going through this to know they’re not alone in their grief, and importantly, that their grief is not to be taken lightly.”

The series took years to complete, and the result is extremely moving and powerful. Taylor is currently working on a feature-length documentary on the same subject.

You can see more of Ross Taylor’s “Last Moments” series on Instagram. For more information on at-home euthanasia you can read “The End-Of-Life Option That All Pet Parents Should Consider.”