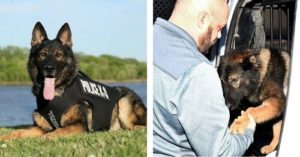 Police dogs put their life on the line each day to serve and protect their community. Their fierce loyalty and intelligence makes them treasured members of the police force, but it also puts them at risk of being harmed. Gabo, a K9 officer of the Jonesboro Police Department, experienced this danger head on.

Erik Johnson has worked with his canine partner Gabo for almost 8 years. With all their years spent working side by side, they have formed an incredible bond that continues well past their work hours. Gabo is family, which made his recent accident all the more heart breaking. 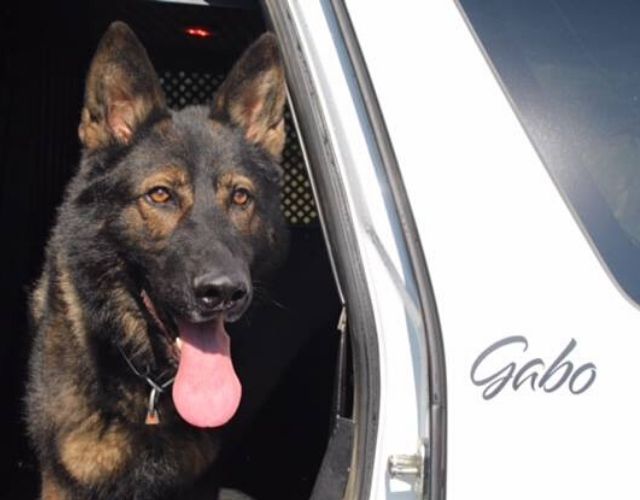 Erik was training another police dog when he received a call about a shooting incident in the area. A woman had shot a man that entered her home for a wellness check, and fired additional shots at police officers who attempted to enter her home as well.

Erik and Gabo were soon asked to assist at the scene, and Erik’s heart sunk. He knew his beloved canine partner was about to enter a dangerous situation. Gabo was the only canine officer with a bullet proof vest, so he was the only canine that could perform the job. Gabo sported his own bullet and knife proof vest that was recently donated to him from the the non-profit organization, Vested Interest In Canines Inc . Once he was suited up, he set off to the scene.

Before the two entered the home, Erik shared a private moment with his loyal partner.

“I’m sorry for what is about to happen.”- Erik told Gabo.

Erik recalled this moment with tears in his eyes, as he knew this could have been the moment that he lost his best friend. His worst fears came true when Gabo entered the woman’s home and was immediately shot 5 times.

While Gabo was injured, police officers were able to gain control of the situation. They then turned their focus to their fellow furry officer, who lied motionless on the floor.

Officers rushed Gabo to the nearest animal hospital where he underwent emergency surgery in an effort to save his life. Once he made it through the procedure and was in recovery, Erik stayed by his side through every moment of his recovery. 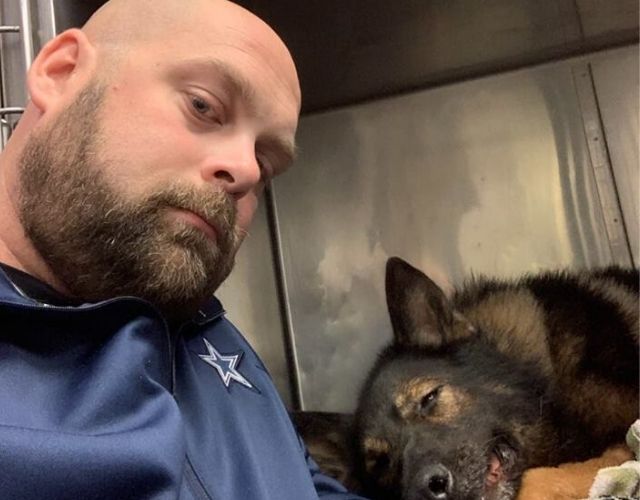 With the help of the veterinary team and his bullet proof vest, Gabo made a full recovery. If it wasn’t for the generous donation from The Vested Interest In K9’s, Gabo would not be here today.

“Gabo has been my best friend, my family, and my partner for the last 7 years. We’re inseparable. When he hurts, I hurt. If it wasn’t for the vest, he wouldn’t be here today. And I want other dogs to have that opportunity.” – Erik 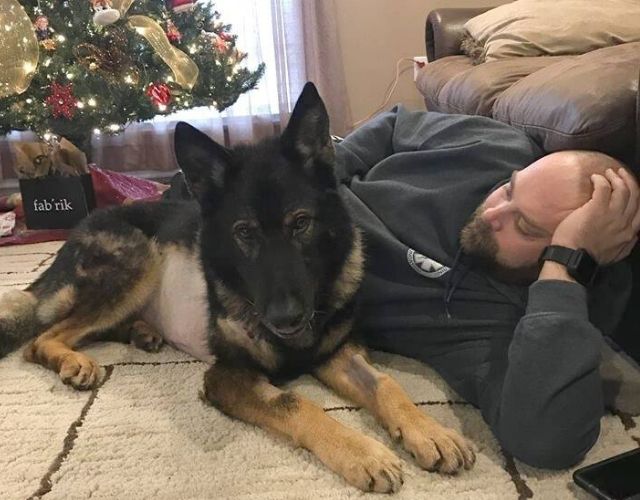 Since the shooting, Gabo’s story has made its way around the country. The Jonesboro Police Department has received multiple donations, and the ability to provide bullet and knife proof vests to all of their canine officers.

Every single canine officer that puts their life on the line for their team deserves the proper protection to keep them safe. We are so glad that Gabo survived that terrifying night, and that he helped bring awareness to the need of protective vests for canines around the world.

If you’d like to sponsor a vest for a police K9, you can do so online at Vested Interest In Canines.

Dogs Have Served As “Battle Buddies” For Over 2,000 Years