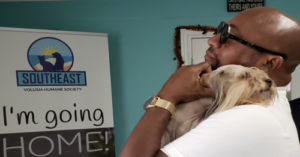 Patrick Bartee is a professor at Valencia College in Orlando, Florida. He initially adopted his dog, Zoe, because one of his students found her as a stray. Bartee fell in love with her right away.

Two years ago, Bartee left Zoe with his elderly parents while he was out of town. His parents went to a Walmart in Daytona Beach, and Zoe was gone when they returned.

Security footage showed that Zoe had been snatched up and driven away. When Bartee learned that his sweet dog was gone, he was heartbroken. He looked for a long time to find his best friend. 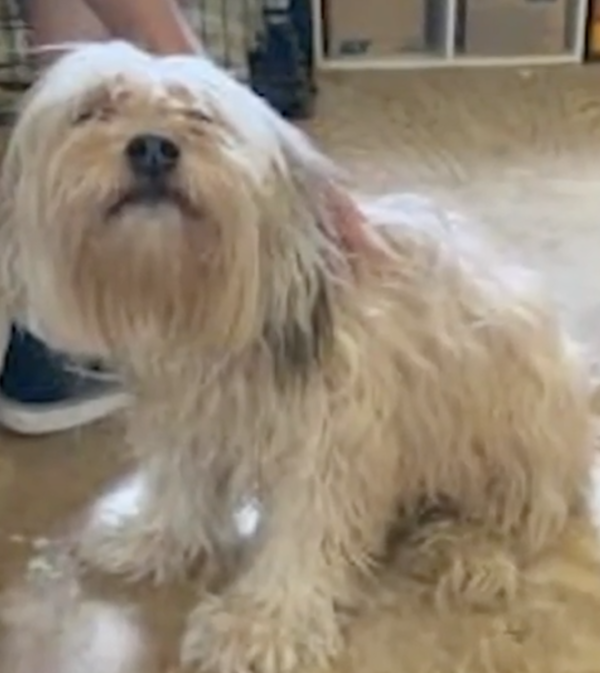 Recently, Zoe was found in an apartment in New Smyrna Beach. The family that was renting the apartment was being evicted, so animal control officers came to get Zoe. They brought her to the Southeast Volusia Humane Society, which is where they cleaned her up and scanned her for a chip. That chip helped bring Zoe back to Bartee.

Bartee searched for Zoe for a long time, but he wasn’t having any luck. So, when the humane society called him two years later, he was shocked and overjoyed to hear that Zoe had finally been found. 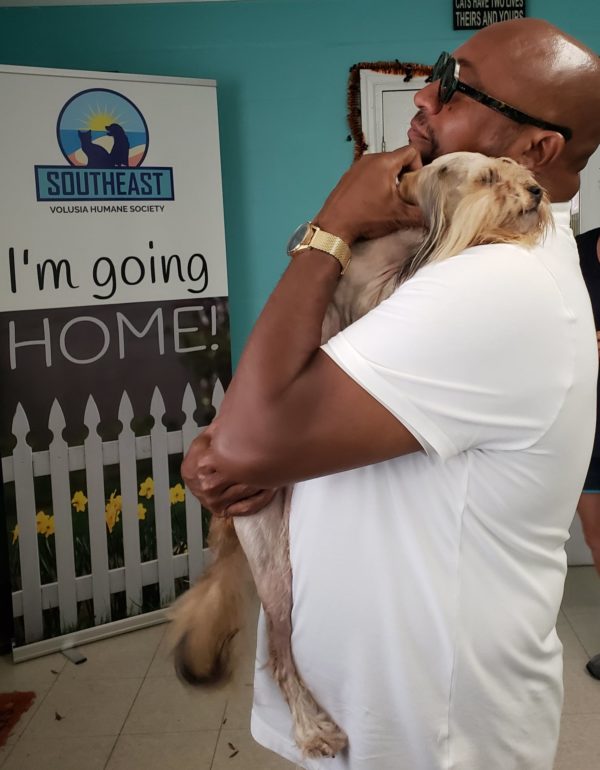 When Zoe saw Bartee for the first time in years, she jumped right into his arms. There was no doubt that she remembered him, and of course, she was so happy to see him again.

The shelter is not completely sure what happened to Zoe while she was gone. The family that had her most recently claimed that they bought her for $600, likely from the person that stole her. Zoe’s hair was very matted when she came home, but Bartee said that she seemed healthy other than that and showed no signs of neglect.

“It means a lot to have her back because it brings life back to the house,” said Bartee. Bartee is a throat cancer survivor. He said that Zoe was by his side through the whole process, so she helped him through a lot of tough times. It’s difficult to lose someone that has been through that much with you, so Bartee is grateful that she came back into his life.

Currently, Zoe is happily settled at her old home, acting as if she’d never left. Bartee is glad that he got her microchipped because it he hadn’t, it’s possible that he never would’ve found her again. Both Zoe and Bartee are happy as can be now that they’re together once again. 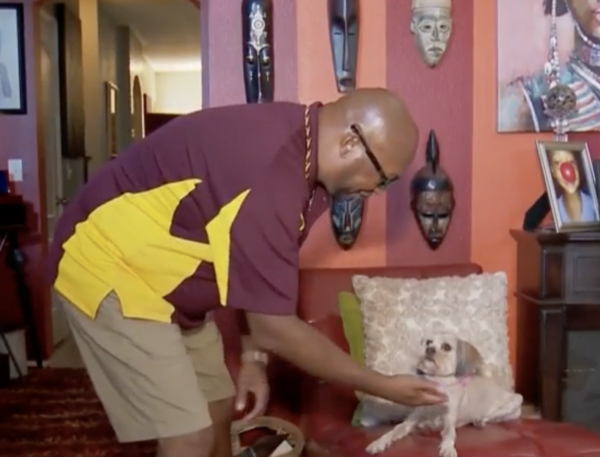 The post Florida Man Is Reunited With His Stolen Dog After Two Years appeared first on iHeartDogs.com.