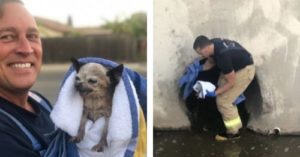 The Santa Maria Fire Department is quite accustomed to rescuing citizens in distress. This last week, however, they found themselves tending to a much smaller citizen, who had gotten himself in a desperate situation.

The fire department received a call about a tiny puppy that had gotten himself trapped in a local canal. They were unsure of this little pup’s injuries but knew that he needed immediate help.

So first responders raced to the scene, unaware of what they would find once they arrived. 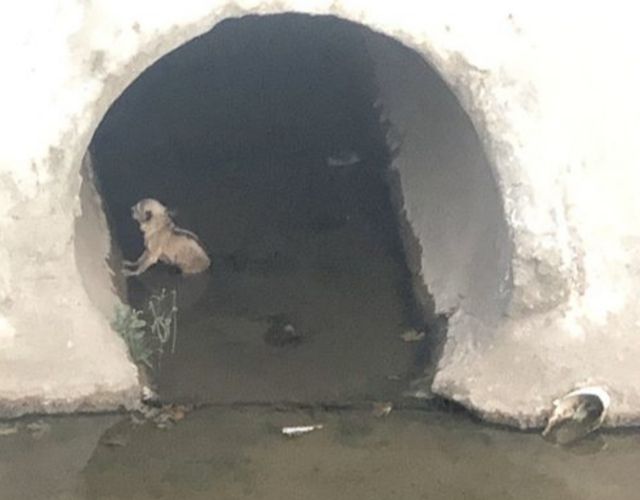 As rescuers arrived at the location, they began to hear a tiny howl. This poor pup was yelling for help as loudly as he could, just hoping that someone would soon come to his aid.

The canal itself was steep enough that rescuers needed a ladder to climb down. Since this canal was so steep, rescuers believe the Chihuahua had to have fallen into the canal by mistake. There was no way he climbed down on his own. With this in mind, rescuers feared that this helpless pup may have had serious injuries. 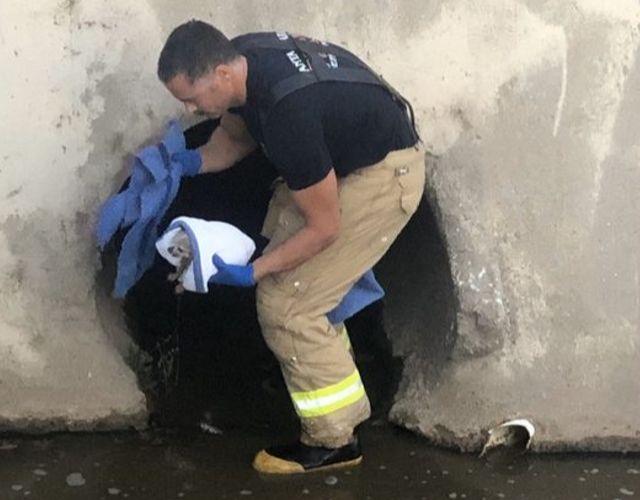 After climbing down into the canal, the tiny Chihuahua was finally within reach. The Chihuahua was standing on his hind legs in the flooded canal, trying to keep himself above the water. For a tiny pup like him, a foot of water could be risky – even deadly.

Rescuers were able to scoop up the howling pup with a tiny blanket and climb up to higher ground.

Once they were able to examine the distressed pup, it was clear that he had been through so much. He was dehydrated, soaking wet and underweight. Aside from this, he also appeared to be a senior pup. He was lucky to be alive after his horrific ordeal. 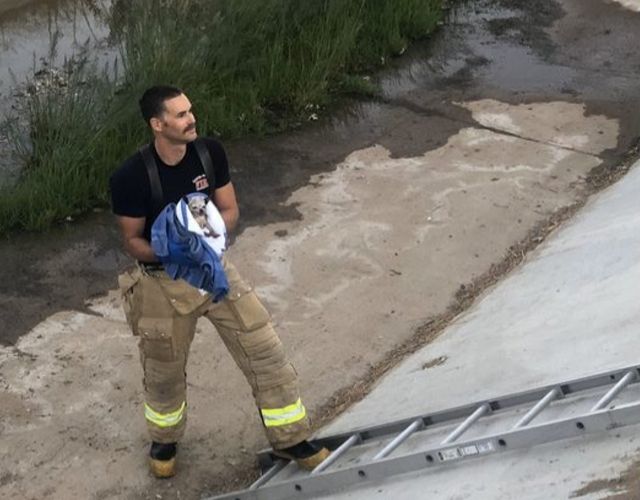 Once the Chihuahua was pulled to safety, they immediately contacted animal control. Upon examination, there appeared to be no serious injuries. This furry friend was just in need of hydration, a warm bed, and some extra TLC that he very much deserved!

This sweet doggo will be in the care of animal services until he is healthy enough to find a home.

We are so grateful for the compassion the Santa Maria Fire Department showed this frail and terrified dog. We can only hope that he will go on to find a loving home to enjoy the rest of his senior years!