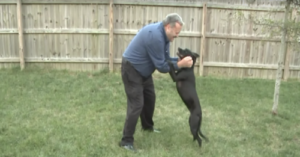 Tim Ryan lives in a quiet neighborhood in Virginia Beach. He says that there’s very little crime in the area, so he and his family always feel very safe. However, one day, when Ryan was not home, something terrible happened. Two people tried to break into his house while his two daughters were home alone with their dog, Penelope. The girls were terrified, but everything turned out just fine thanks to their brave and loyal dog.

Ryan believes that the burglars jumped onto a blue recycling bin to scale the backyard fence. Then, when they broke in, a part of the door frame fell and made a loud sound against the floor. The two girls were sitting on the couch at the time, so they were scared by this sudden disturbance. If Penelope had not been there to save the day, they likely wouldn’t have known what to do. When Ryan arrived home, he said that there were already police cars there and even a helicopter hovering overhead. He asked his daughters what happened, and they told him that Penelope saved them.

Penelope to the Rescue!

When the burglars entered the house, Penelope chased them away, barking ferociously. It was very out of character for the sweet Lab and Pit Bull mix, but she knew she had to protect her family. When Ryan heard this, he could not believe it.

“My eldest daughter, Kelly, said that [Penelope] chased away the burglar. I was shocked. I really thought she would just lick the guy to death,” said Ryan.

Penelope is a rescue dog and she’s proven to be very loving ever since she was adopted. Thanks to her, Ryan actually feels even safer in his home than he did before. He can’t even imagine what the burglars could have done if Penelope hadn’t scared them off. He pointed out that if they were crazy enough, they could have hurt his daughters. 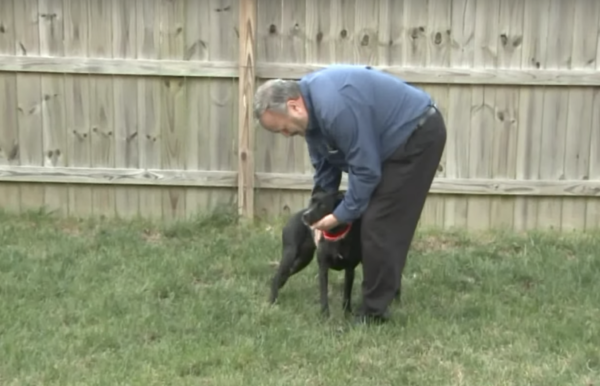 “Unbelievably surprising and rewarding to know that you have a dog that did that. It gives me a little more comfort when I’m not home and my kids are home by themselves.”

Police are on the lookout for the two burglars, but so far, they have not found anything. They haven’t found any matching fingerprints on the damaged door. Luckily, the door is the only damaged part of the house.

Even if a dog doesn’t seem like a protector, they will often do what they can to save their family. Penelope knew that the two girls were in danger, so she couldn’t just sit and watch. Ryan and his family rescued Penelope and gave her an amazing life, so of course, she returned the favor without hesitation. 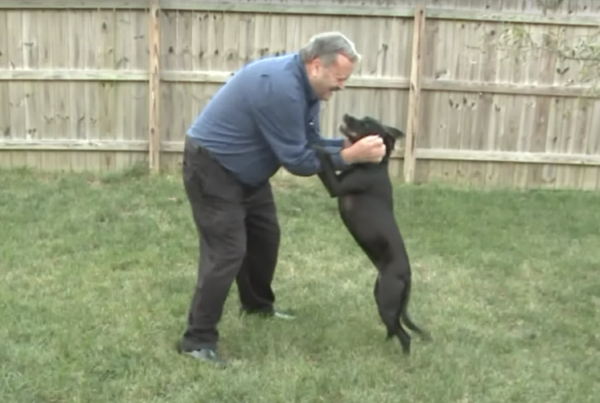