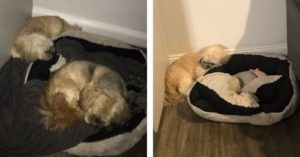 Harry and George were the best of friends, who spent all of their days side by side. The two were so inseparable, that even with losing George 1 year ago, Harry still pictures his furry BFF laying by his side.

Owner Caitlin Wynne opened up about the incredible friendship the two pups shared, and how Harry is coping to this day.

I’m full on crying rn…he always let george sleep there and he died almost a year ago and he still lies there🥺 pic.twitter.com/NvV1PaDFfn

Their friendship began when a once young Harry was introduced to his soon to be brother, George. George was an adult at this point, so the thought of bringing a puppy into their lives made Caitlin a bit nervous.

The two took to each other almost immediately, and the lasting friendship was born. 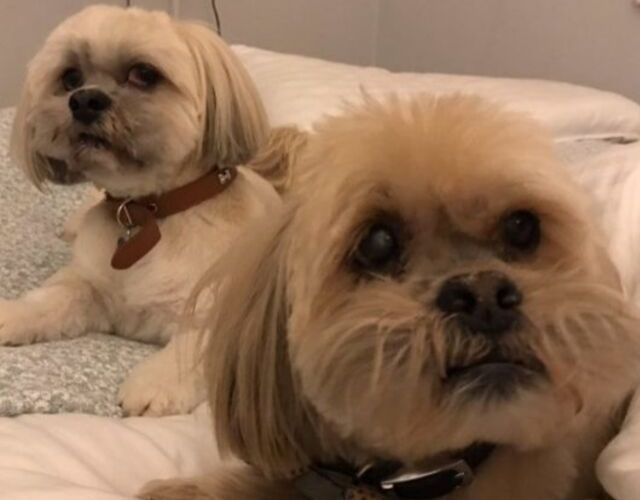 The two scruffy pups did everything together. They were each other’s favorite playmate, dinner date, and of course, snuggle buddies. They shared their favorite dog bed each night, lying next to each other in a ying and yang position.

With George being about 7 years older than Harry, Caitlin knew the day would come when Harry would have to say a difficult goodbye to his best friend. This day came suddenly, when George was diagnosed with kidney failure at the age of 15.

The two were so intertwined, that the night before George’s passing when he stayed in the veterinary hospital overnight, Harry knew something was wrong. He paced around the house, frantically searching for his best friend. Caitlin tried her best to comfort her worried pup, but knew they had an even more challenging day ahead of them. 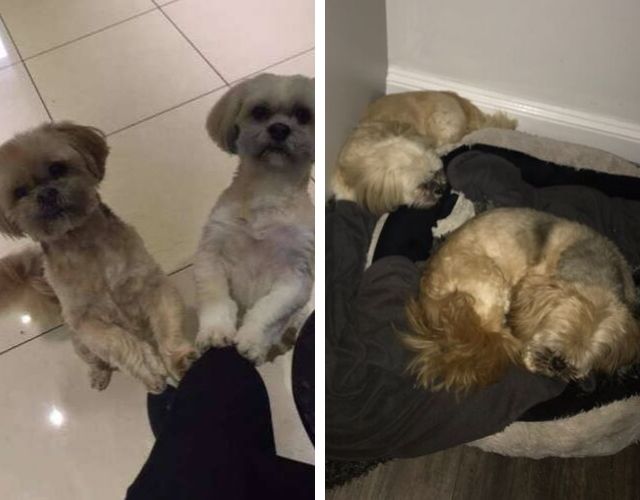 The decision was made the next day to end George’s suffering, as his kidneys could not recover. Caitlin and her family knew they had to stay by George’s side until the end, and give Harry that very same opportunity to say goodbye. Harry laid next to his forever friend as he passed, sending him all of his love as he crossed over to the rainbow bridge.

In the weeks following George’s death, Harry was noticeably distraught. He refused to interact with other dogs, and didn’t even show interest in his favorite treats. Caitlin and her family spent all of their time comforting their grieving pup, and nursing him through this difficult time. 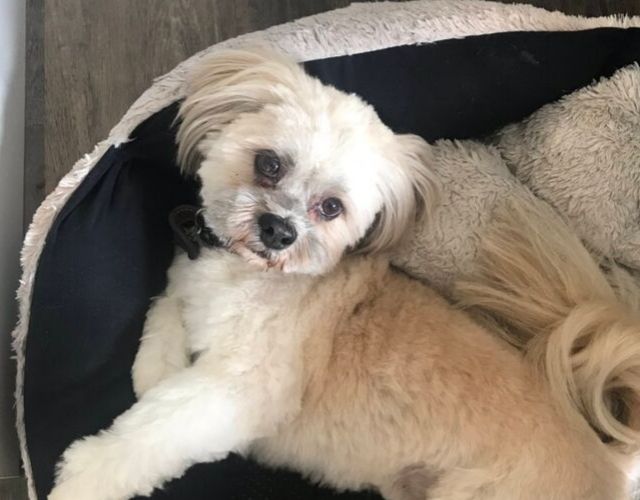 To this day, Harry still demonstrates his love for his late friend. He keeps a spot open on their favorite comfy bed, just in case George ever decides to come back.

We send all of our love to sweet George, and hope that he can find comfort with his loving family! The post Dog Lost His Best Puppy Friend 1 Year Ago, & Still Saves Him A Spot On Their Bed appeared first on iHeartDogs.com.