In 2007, Duchess the Toy Fox Terrier got lost from her home. Her mom, Katheryn Strang, said that her son accidentally left the back door open after school one day while she was at work. Sadly, when Strang came home, Duchess was nowhere to be found. It was heartbreaking to see that her baby was missing, so she looked long and hard to find her. Luckily, all the time and effort she spent searching paid off in the end.

When Strang discovered that Duchess was lost, she put posters up everywhere and tried her best to find her, but she had no luck. However, she refused to give up. Every week, she visited the shelters in the area, looking at every dog to see if Duchess was there. 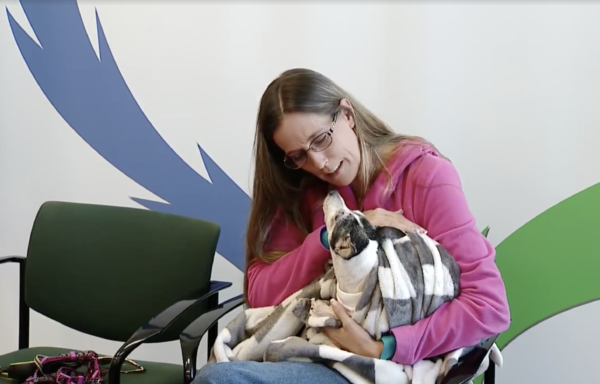 12 years later, Duchess was finally found. Over the years, she had traveled over 1,000 miles. Her home was in Florida, but she was found in Carnegie, Pennsylvania. When Strang was informed about the great news, she could not believe it!

Duchess was very young when she got lost, but now she’s 14 years old. When she was found hiding under a shed, she was shivering, hungry, and in desperate need of a nail trim. From there, she was taken to the Humane Animal Rescue in Pennsylvania, which is where they scanned her for a microchip. From there, they were able to reunite her with Strang. 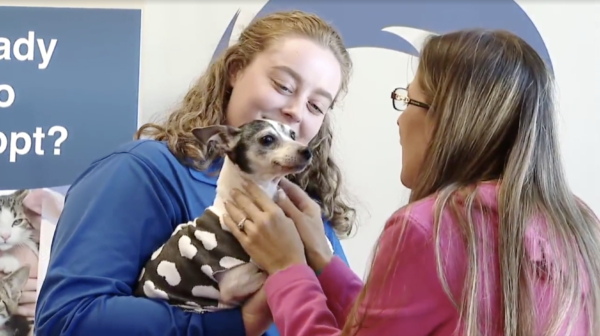 “I held out hope because I paid for that microchip every year,” said Strang. “It was $15 a year. I wasn’t going to give up hope for that. Always hope.”

No one knew where Duchess had been all those years, but Strang is so grateful that she has returned to her. She is also so glad that she never gave up hope that Duchess would return. 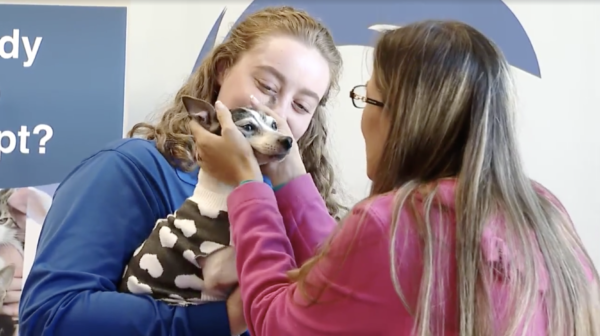 When Strang received a voicemail stating that Duchess had been found, she had just gotten out of surgery. She could not believe what she was hearing, so she needed to call back to confirm that they had really found her. Then, when she was feeling well enough to travel, she headed out to bring her baby home.

Strang drove 18 hours from Florida to Pennsylvania to be reunited with Duchess. She is thrilled to have her sweet dog back in her arms and their reunion was so heartwarming. She cuddled the little dog and continuously told her how much she loved her. 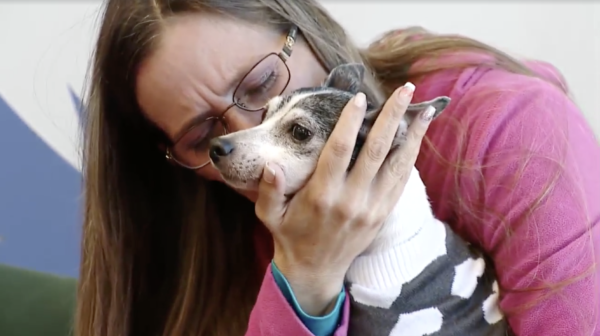 “I’m just so happy to have her back. I cried so many nights without her,” said Strang.

Now that Duchess is with her mom again, she seems much calmer and more relaxed. Of course, it will take her some time to readjust, but she seems to know that she’s home.

It is difficult to even imagine what Strang went through when she lost Duchess, but her story proves that you should never give up. Always try to stay hopeful. Happy endings might take a while, but like Duchess coming home 12 years later, it’s definitely worth it. 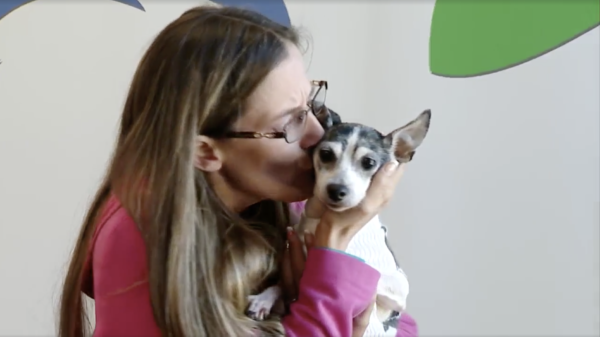 The post Dog Lost For 12 Years Finally Returns To Her Loving Home appeared first on iHeartDogs.com.