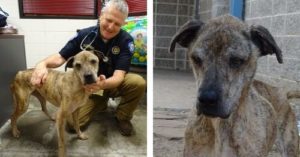 In honor of Adopt a Less Adoptable Pet Week, we are helping to bring attention to some of the less sought after pets in the shelters. So many loving dogs miss out on forever homes due to their age, appearance, and even their troubled past.

A dog with a difficult past is no less adoptable than others, and may even show you their gratitude for your love in tenfold! This is especially true of this article’s featured pup, Agatha.

Agatha was found roaming the streets in Fort Worth, Texas. A concerned Samaritan had seen her in the area a few times, and knew she needed immediate attention. She was soon brought to The Animal Care and Control Shelter on September 1st, and her appearance broke the staff’s hearts once she arrived. 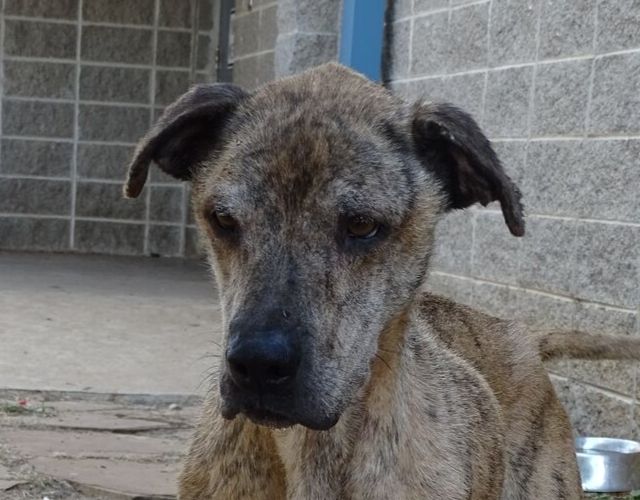 It’s clear that she had been fighting for survival on her own for quite some time, as she was severely emaciated. You could see the bones protruding along her spine, every rib in her rib cage, and her face had a sunken-in appearance. Despite how exhausted she had to have been from hunger, she greeted everyone she met as if she had never suffered. It was clear that she had so much love to give, and the dedicated staff at Animal Care and Control made it their mission to give her the comfort she needed to heal from her past. 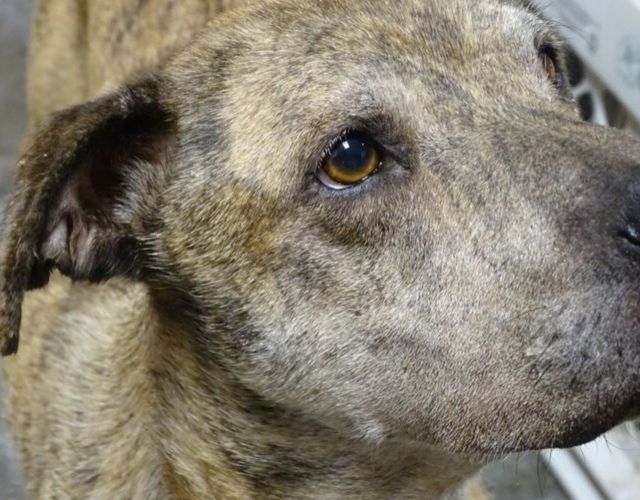 Even eating like a champion, she just wasn’t gaining weight when she was staying in a run like the other adoptable dogs. The staff was concerned that she was a bit overwhelmed by her new environment, and made her a plush bed to call her own alongside them. Since she has been moved to her new spot, she had gained 4 pounds! It’s obvious that with her improvement once being moved, that she is truly craving a stable and loving environment next to the people she loves. 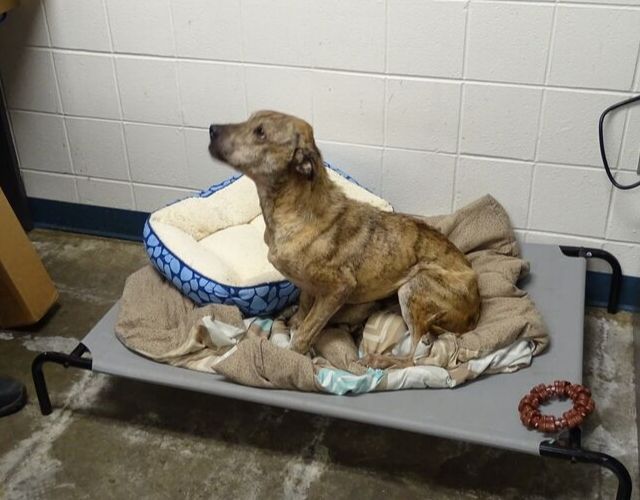 Agatha enjoying her private room in the office!

In her time at the shelter, she has shown her abilities to sit on command, shake on command, and even alert the staff when she needs to go outside. She also does well with other dogs, big or small. She is truly the perfect dog for any home!

The veterinarian for Animal Care and Control, Dr. Morton, explains how he has no doubts that in a great home, she will continue to thrive. Though she is emaciated, there are no other indications that she is not an otherwise healthy pup! With a proper diet and a loving home, she will have everything she needs. She just needs a chance! 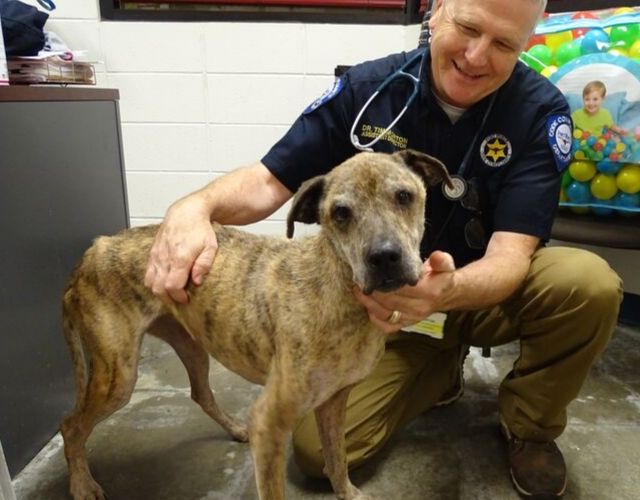 Agatha getting a check up from Dr. Morton.

Logan got a chance, and look at him now!

Logan was surrendered at the very same shelter a few months ago, when he was brought in for euthanasia by his previous family. He was matted, neglected, and in pain from terrible dental disease. He may have looked like a lost cause, but the loving staff knew better. They decided to deny the request for his euthanasia, and bring him to their next adoption event. They were determined to give him the life he always deserved! 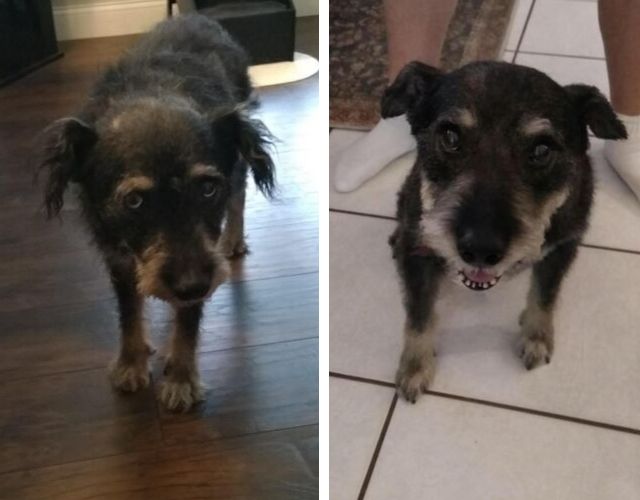 The photo on the left is when they brought Logan home, the right is today!

What was once a severely neglected soul is now a spoiled, well fed, and well cuddled pup! He is so incredibly loved. So many dogs deserve this same chance!

If you are interested in adopting Agatha you can visit the Animal Care and Control Shelter in Fort Worth, Texas, or reach them at 817-392-1234. Agatha is waiting for the chance to be the perfect pup for a lucky family!

The post Agatha Has Fought For Survival For So Long. Let’s Find Her A Forever Home. appeared first on iHeartDogs.com.