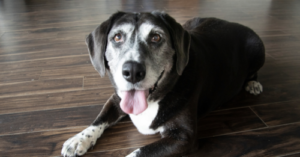 When adopting a dog, many people are drawn to puppies and young dogs, but a large number of the dogs at shelters are actually considered seniors. Dogs typically become a senior at around 7 or 8 years old, but it depends on the size of the dog because large dogs age faster than small dogs. Regardless of the size of a senior dog, all seniors should be considered for adoption. There are many ways that senior dogs actually stand out from young dogs, so even if you have your eye on a puppy, you might want to consider adopting a senior dog instead.

#1 – You Could Save Their Life

This might sound dramatic, but it’s true. Many dogs are euthanized and some even pass away before they can find their forever family. By adopting a senior dog, you could actually save their life, as well as change their life for the better. No dog deserves to spend their last few years in a shelter, so by adopting them you’re giving them the loving home they deserve.

Plus, if you adopt a senior dog, not only are you saving a life, but they will end up saving yours as well. Caring for a senior dog is such a rewarding experience, and they will bring you so much joy in your life. Even though you might not get as much time with them as you would with a younger dog, they’ll make up for it with the great amount of love they have to give. 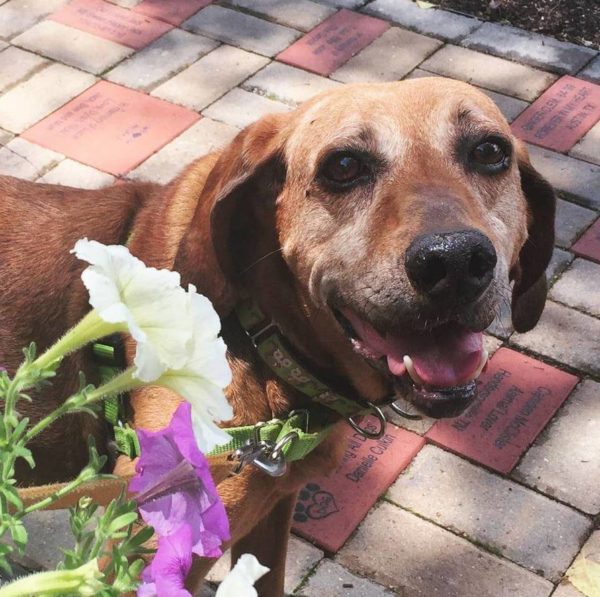 #2 – You Know What You’re Getting Into 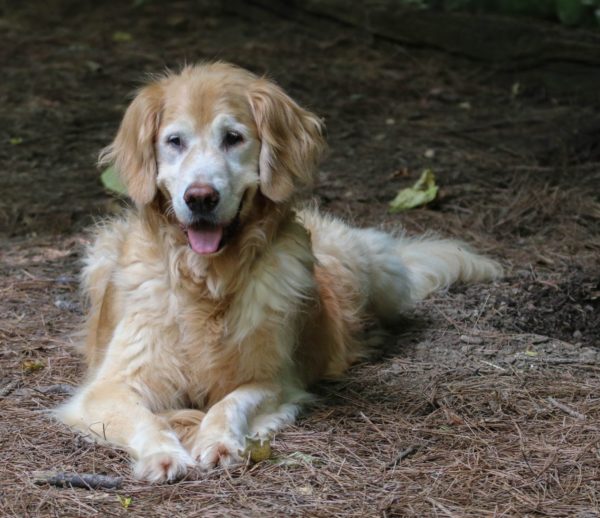 Younger dogs are typically full of energy, but seniors don’t usually need constant attention and exercise. If you just want to sleep or hang out at home, your senior dog will be perfectly fine with that. If you do want to go for a walk or play with them though, they’ll gladly do that as well. You don’t need to worry about them constantly demanding things because for the most part, they’re usually fine just relaxing. They have no problem with sticking to your schedule.

Even though they’ll love you very much, they’ll likely be less clingy than a younger dog. If they need time to yourself during the day, they’ll understand. They’ll likely just take a well-deserved nap. However, some rescue dogs, especially senior dogs, may have separation issues right after adoption. After all, they’ve never know a real home, so this is really important to consider early on in building a relationship with your dog.

Senior dogs also don’t need to be constantly watched over or supervised because there’s a pretty good chance that they’re behaving themselves, unlike an energetic puppy. So, if you prefer a dog that isn’t full of nonstop energy, then you should consider adopting a senior dog. #4 – They May Have Already Been Trained

While every dog is different, most senior dogs already know basic commands. They know how to go to the bathroom outside and how to sit and stay when told. With a puppy, you’d need to spend a lot of time going over all these basic behaviors and commands, but with a senior dog, you can use that extra time to play and cuddle with them instead.

Along with being trained, senior dogs already know basic manners. Many of them have likely been in a home before, so they know a thing or two about how to behave around humans. Therefore, when you adopt a senior dog, it probably won’t take them long to understand the expectations of your home, which will allow them to feel comfortable with you more quickly. Most senior dogs have been through a lot. They’ve had a long life and sadly, they’ve either lost a previous family or been abandoned. Regardless of their past though, senior dogs just seem to be able to tell how lucky they are to finally find a forever home. When you adopt a senior dog, they’ll give you an abundance of love, and they’ll never let you forget how appreciative they are.

When you adopt a senior dog, they will likely feel comfortable with you in no time. They will make themselves at home right away and become a great companion. Of course, this may depend on the dog’s past. With a puppy or young dog, it might take some time for them to adjust to their new living situation, but a senior dog will likely just be happy to be in a safe and loving environment. 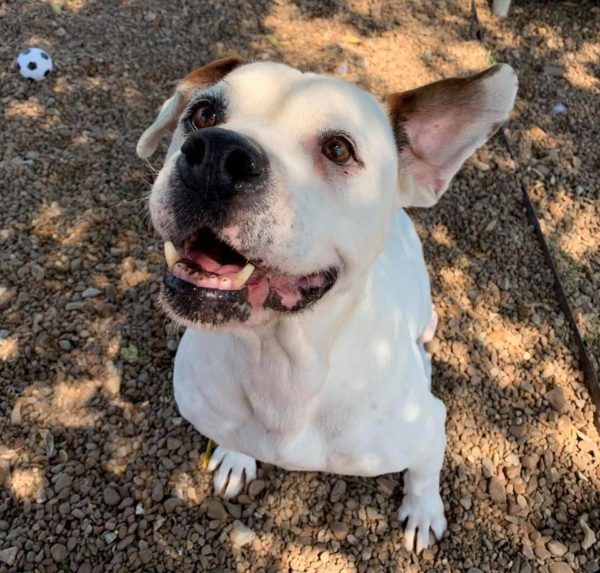 #6 – You Can Teach an Old Dog New Tricks

Contrary to popular belief, senior dogs can learn new things! While they’ll probably know basic commands and manners, there still might be new things you want to teach them. Senior dogs are usually calmer and have a longer attention span, so it should be easier to teach them, as compared to training a rambunctious puppy.

Plus, most senior dogs have had lots of practice interacting with humans. Because of this, they can usually pick up on things quicker than a young dog could. Just because they’re older doesn’t mean they don’t have room for improvement. If you adopt a senior dog, you’ll still have plenty of opportunities to train them new things if you wish. 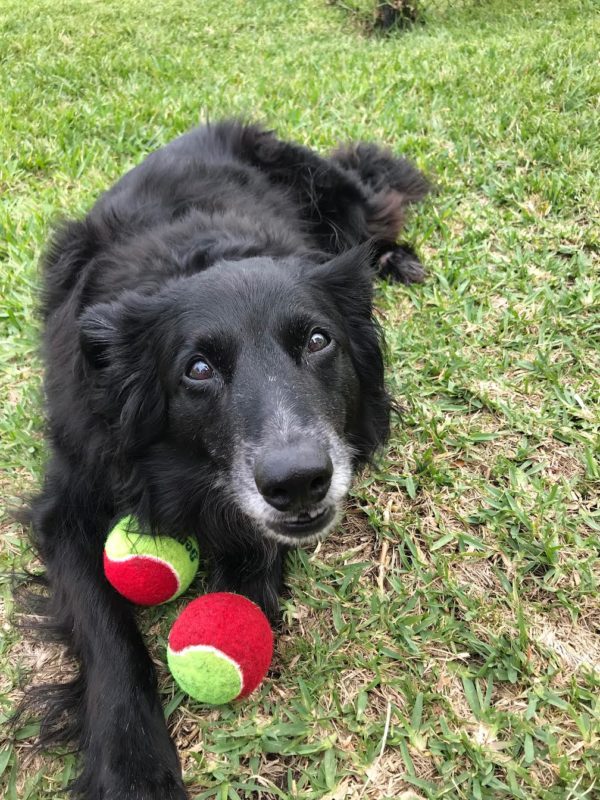 While puppies might need you to pay attention to them at all times, senior dogs are perfectly content having time to themselves if needed. They can entertain themselves while you’re gone, and in some cases, they might even want some alone time even when you’re around.

Of course, even though senior dogs may be fine if they don’t have constant attention, they will still love the affection when you give it to them. They are very loving, but they understand that they don’t need to be pet every second of every day. Therefore, you should adopt a senior dog if you want a companion, but don’t have the time to train a younger dog. 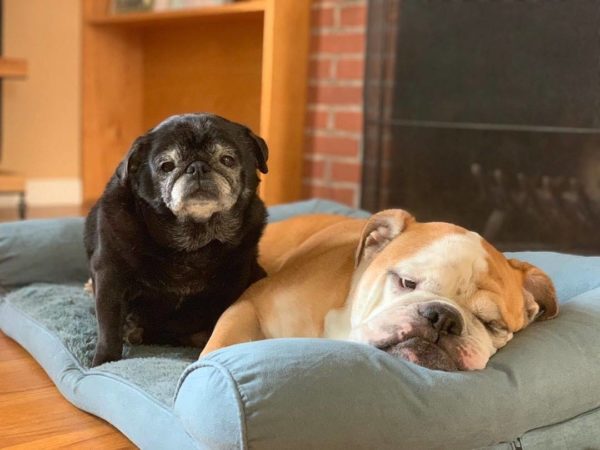 #8 – They Need a Home Just as Much as Younger Dogs

All dogs need a home. There are so many dogs waiting at shelters and rescues, dreaming of finding a forever family. So, you should consider all the different dogs when searching for a new family member. Just because your heart is set on a younger dog doesn’t mean that has to be your decision. If you’re ever uncertain about which dog is right for you, consider meeting a senior dog instead of a young puppy. If you adopt a senior dog, they could really surprise you and change your life for the better.

There are so many senior dogs out there just waiting for a place to call home. So why wait? If you’re looking for a sweet and loyal companion, visit the senior dogs at your local shelter or rescue. Adopt a senior dog and let them live out the rest of their time in a loving home. You really could save their life, and they could save yours too. 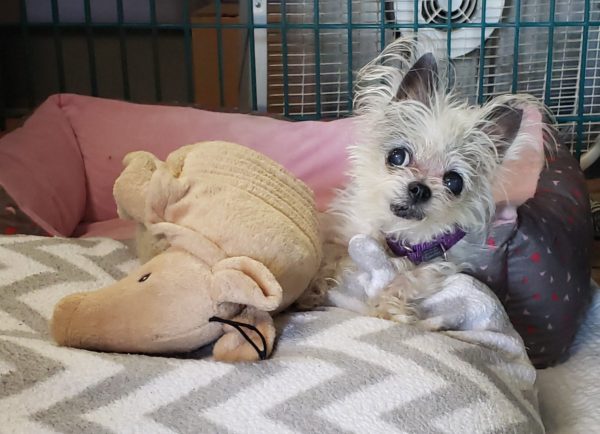 The post 8 Reasons Why Adopting a Senior Dog Is Amazing appeared first on iHeartDogs.com.