Have you met “The Smartest Dog in the World”? In 2014, 60 Minutes introduced the world to Chaser, a border collie with a vocabulary of more than one thousands words. Woah.Wouldn’t it be fantastic if your dog knew the difference between your shoes and boots and could bring them on command? You may not have the time (or patience) to teach your dog a thousand words. That’s okay. There are easy ways to increase your dog’s intelligence and decrease boredom if you’re not home. Before we suggest seven simple ways to make your dog smarter, you must first give your pet a strong base. 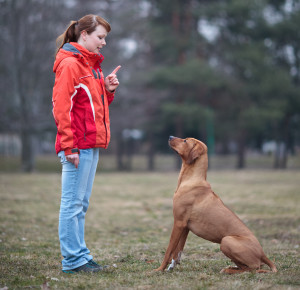 1Start With a Solid Foundation of Training

You may have taken your young pup to one or two obedience courses when you first got him. Did you stop training after those beginning classes? The old adage you can’t teach an old dog new tricks isn’t as accurate as you may think.

According to research from the University of Milan, the more you train a dog, the smarter they become. Researchers from the university’s psychology department conducted a study of 110 dogs. Half the dogs had minimal obedience training while the other half had much more schooling. The dogs were given a test to find hidden food. Even though their earlier training had nothing to do with hunting food, 60% of dogs with more training discovered the treats. Only 30% of the minimally trained dogs found them. Once you’ve taken your dog to obedience courses, you’re able to increase their intelligence with continued training.

Raising a Dog in the Country

how to make your dog listen to you in 4 lessons