Alison French was heartbroken when she found out that her Shih Tzu named Looby was diagnosed with lymphoma cancer. When she was first diagnosed, the vets expected she would only live a few more weeks, but luckily, they were wrong. French ended up getting three more years with Looby, but now, she is getting ready to say goodbye. It’s just as hard as it would’ve been three years ago.

Before saying goodbye to Looby, French wanted to have one last walk with her best friend. However, she sadly didn’t have any close friends or family to join her on the walk, so she reached out to fellow dog parents on Facebook. She posted in a few local groups to see if anyone wanted to join her and Looby on their last walk. 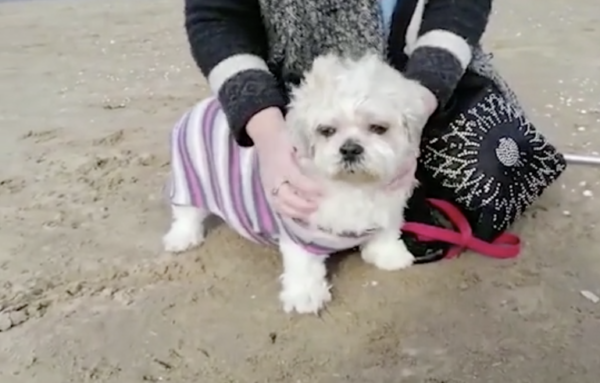 “My baby is leaving me tomorrow at 4:30pm. I’m taking her to Wallasey Beach Wirral about 1pm if anybody would love to come and say hello and goodbye to her,” posted French.

Hundreds of people shared French’s post to help spread the word. When French and Looby arrived at the beach for their final walk, they were greeted by 30 strangers and their dogs. All of them had come to walk with Looby before French had to say goodbye.

All the kind strangers wanted to make sure Looby’s last day was as amazing as possible. French is so grateful that so many people took the time to celebrate Looby’s life with her. 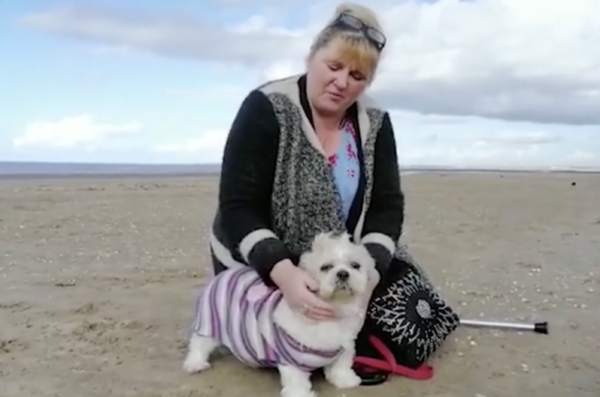 “Thank you to all the lovely caring women, men, and children that helped me get through today,” French posted after losing Looby.

Once Looby had passed away, French made a long, emotional post thanking everyone for their support and talking about how great Looby was. She was 14 years old when she passed away and French had been her mom ever since she was a puppy. It’s heartbreaking to have to go through that. 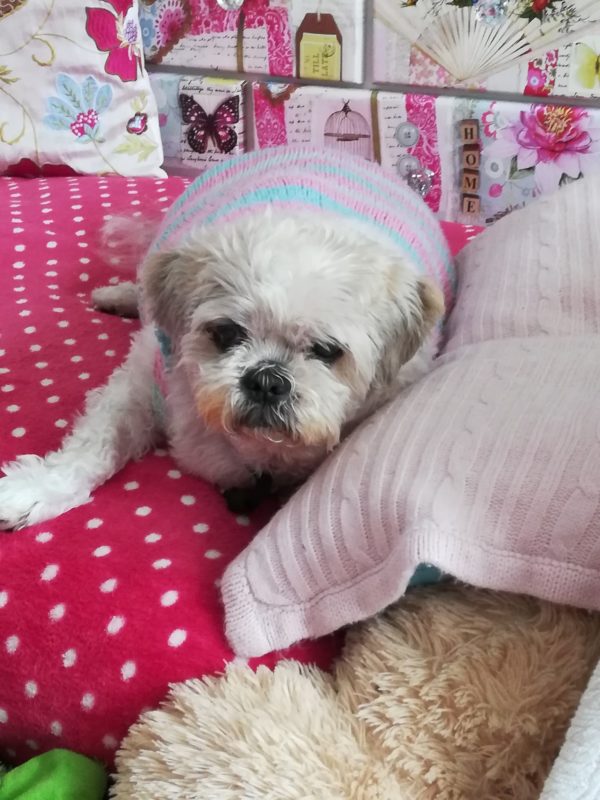 French has another dog named Lola and a kitten named Isla, so at least she will not be alone during this time. However, she posted that her other animals definitely know that something is up and they will miss Looby greatly as well.

I wud just want to say a MASSIVE THANKYOU TO ALL THE LOVELY CARING WOMAN, MEN AND CHILDREN THAT HELPED ME GET THROUGH TODAY.. You were all so wonderful, thoughtful, caring, and really helpful.

I’ve had now 1000s of lovely, beautiful helpful comments and I am so grateful to EVERY ONE OF YOU.

I can not personally thank every person’s comment but one last favour I ask of you…. Please share me saying THANKYOU TO EVERYONE on all the Facebook sites this went on.

I should also thank Facebook as if it wasn’t for them,, I wouldn’t of got the support and love to carry on through the day.

My other dog Lola who was a barking pest on the beach today and my new kitten Isla are sitting close to Looby now so quietly.They know something has happened. It’s so strange that there so quiet..

What else can l say…. Apart from LOOBY,,, you were a brilliant dog for me. I miss you so much but at least you are up in heaven now out of pain.

You can also eat what you want up there… As you hate dog food!!”

So many kind people responded to French’s goodbye post. They all wanted to send their love and do whatever they could to make her feel better. The loss of a dog is a terrible thing to go through, so French is lucky to have so many kind individuals to support her and lift her spirits. Also, most importantly, Looby had an amazing life in a loving home, so she really was a lucky dog. 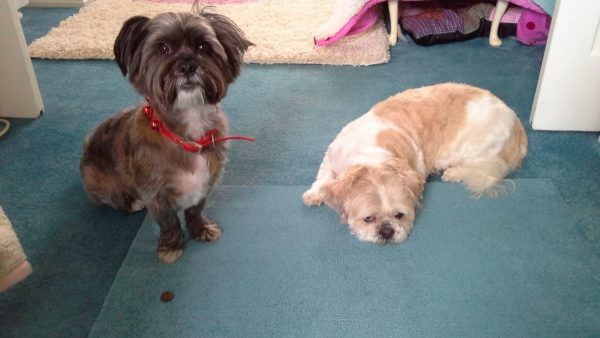